VHS OF THE WEEK: Gamera vs. Zigra 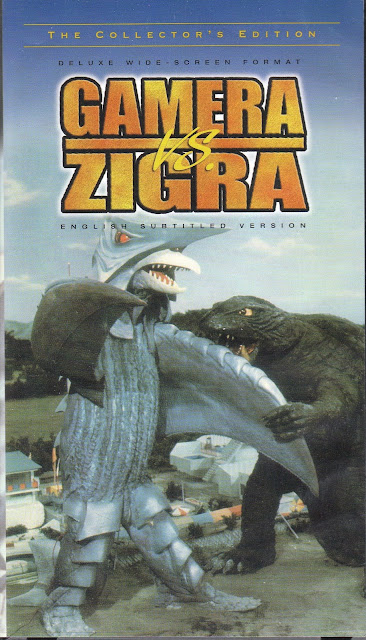 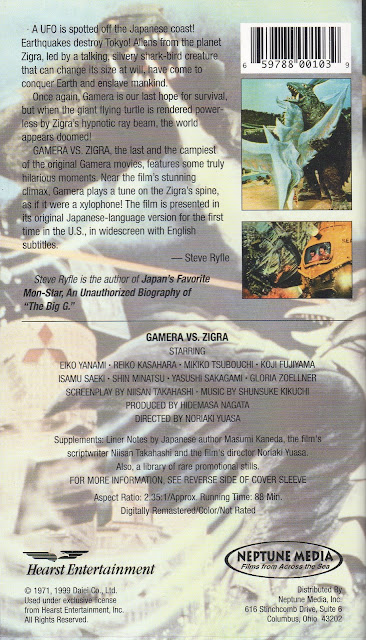 VHS RELEASE DATE: 1999
Neptune Media was really the first Home Video company in the United States to treat any of the Gamera films with respect. They released a number of the original 'Showa' era films on VHS in wide-screen format with English subtitles. Gamera vs. Zigra came in a black, hard-plastic clamshell case.
As an added bonus, the inside of the insert had info, tidbits, and trivia on the film - along with an interview with both the writer and director of the film. There's also an interesting still gallery at the film's end. Despite Gamera vs. Zigra recently being released onto DVD, the Neptune VHS still remains the superior product.
Posted by Middle Earth Collectibles at 2:28 PM