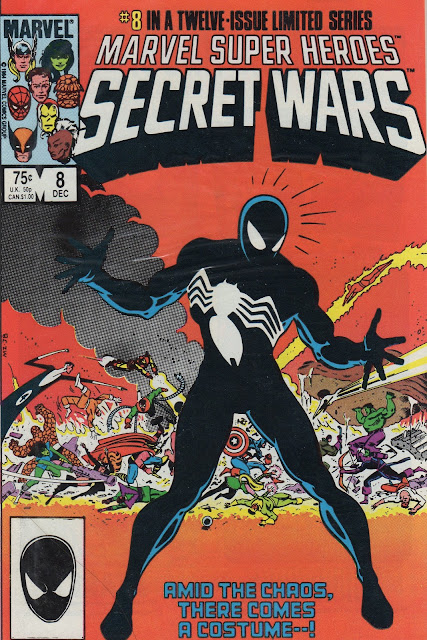 Secret Wars #8 (December 1984) marked one of the biggest plot twists in Spider-Man's long and storied history - the arrival of the black costume. Having his normal red/blue costume tattered to shreds on an alien world, Spider-Man finds a high-tech machine that bestows him with a new suit. Little does the wall-crawler know the ramifications it will wreak upon his life in years to come. As it turns out, the costume is actually a living symbiote and eventually goes on to bond with disgraced reporter Eddie Brock to create one of Spidey's deadliest villains ever: Venom!
Posted by Middle Earth Collectibles at 2:32 PM