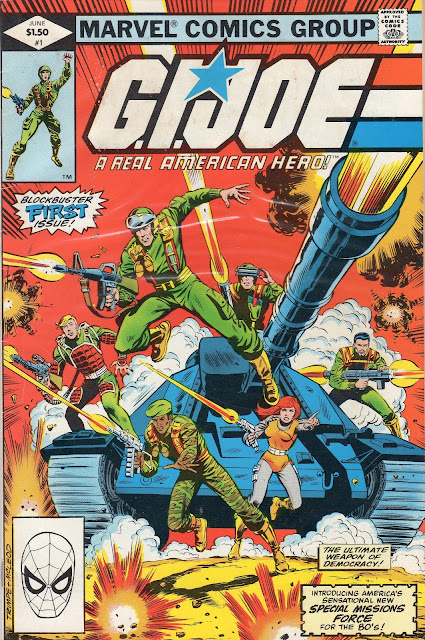 G.I. Joe: A Real American Hero was a major money maker in the '80s, consisting of a successful Marvel comic book, a massive toyline, and a hit cartoon. Marvel's comic series lasted from June 1982 to December 1994, giving way to 155 issues!
Posted by Middle Earth Collectibles at 2:58 PM