VHS OF THE WEEK: Kolchak, The Night Stalker 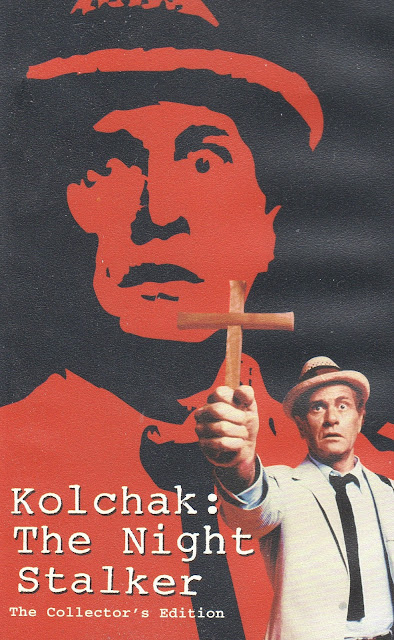 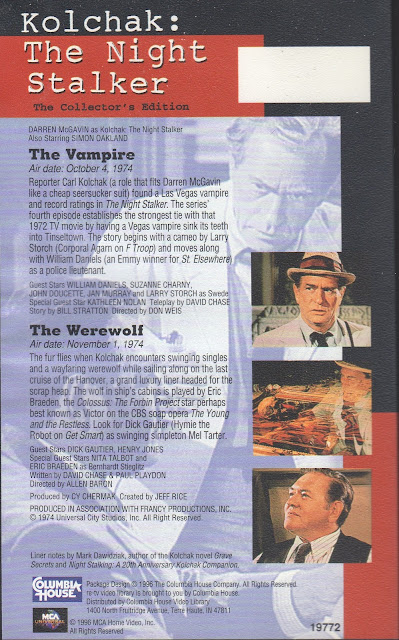 VHS RELEASE DATE: 1996
By 1996 Columbia House was releasing a slew of classic television shows via their RE-TV Video Library. Many of these releases were not available in stores, but had to be ordered direct from Columbia House, which would send a new release either monthly or bi-monthly (depending on the title). In many ways, it was also a precursor to the print-on-demand manufacturing that Warner Brothers and MGM have recently adopted.
In this volume of the brilliant 1974 show, Kolchak: The Night Stalker, fans received the fourth and fifth episodes - The Vampire and The Werewolf. It's hard to believe that there was a time when you would only be able to get TWO episodes with ONE purchase - especially now, when entire seasons come on two to three discs.
Posted by Middle Earth Collectibles at 2:18 PM