VHS OF THE WEEK: Freddy's Nightmares 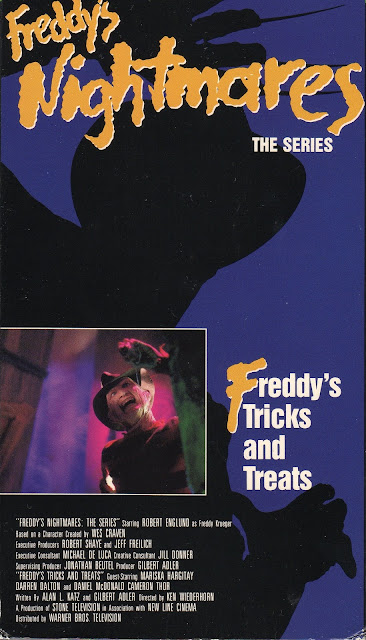 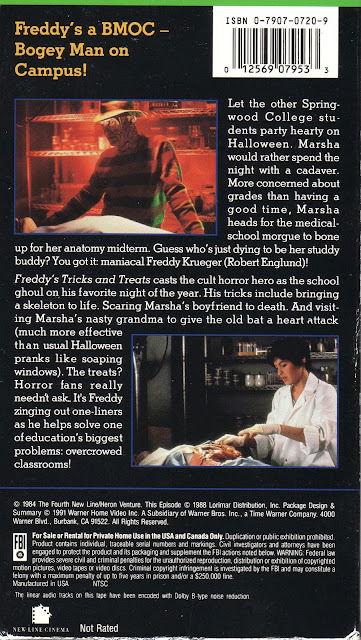 VHS RELEASE DATE: 1991
Welcome to "VHS OF THE WEEK," our new feature where every week we turn the clock back to look at a VHS from days-gone-by. To kick things off we're featuring Freddy's Nightmares!
Back in 1988 New Line was hauling in a good amount of cash thanks to the success of their Nightmare on Elm Street franchise. Fans were soon swamped with Freddy Krueger toys, articles of clothing, latex masks, and...a TV show? Apparently there were few better ways to make a profit on a slasher franchise than to release a syndicated television series (the Friday the 13th TV series, anyone?). Lo and behold, Freddy made the transition to the small screen, though with very mixed results. Some episodes, like the show's pilot, proved to be entertaining - but the majority just seemed to lack any real imagination...or budget.
A few of the episodes were released to VHS (none to DVD yet). Here we have one of the better episodes, which had a Halloween theme, titled Freddy's Tricks and Treats. Fortunately, the pilot episode was also released on VHS.
Posted by Middle Earth Collectibles at 2:46 PM