How Spider-Man Can Make You a Millionaire! 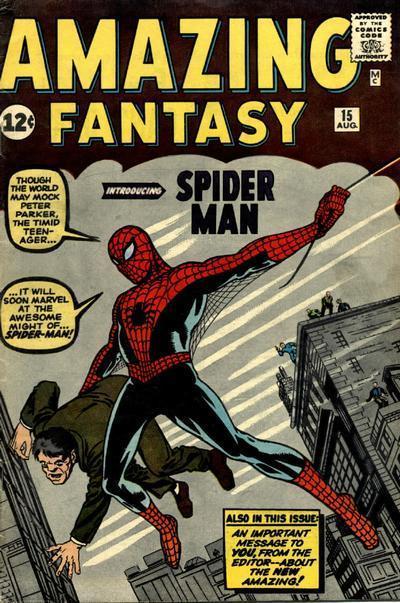 Ever daydream of being a millionaire? Well, if you're a lucky owner of Amazing Fantasy 15, famous for its first-appearance of Spider-Man, you may very well have a shot at it. Back in 2011 the issue went for a staggering $1.1 million at auction! This is nothing short of an insane amount, considering that back in 1994 a near-mint copy was worth $20,200.00 (according to "Comic Book Collecting: A Valuation Guide" by Robert M. Overstreet).
Posted by Middle Earth Collectibles at 2:58 PM