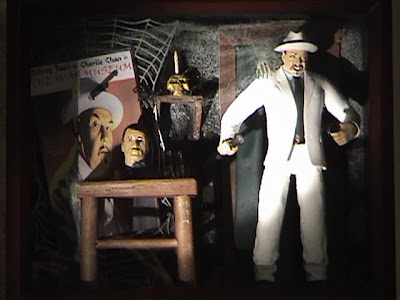 One of the greatest detectives the world has ever known has finally arrived in action figure form, although you won't find this one in any store. This imaginative figure and display comes from the collection and creative mind of Davey Horror, who custom designed this fantastic piece. 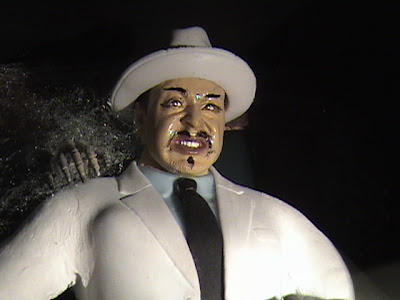 The Charlie Chan figure was heavily customized for a discount-priced WWE wrestling action figure (Armando Estrada from the WWE 'Deluxe Aggression' line). The face was completely repainted while the body was touched-up to hide the articulation joints. The hat was also modified, giving the front a 'pushed-up' look. 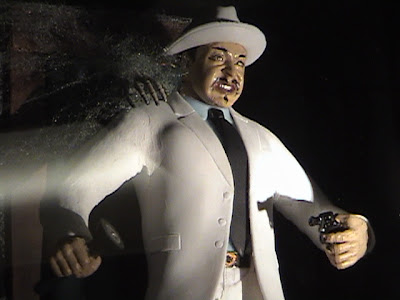 In one hand, Chan holds a pistol (taken and modified from one of the Sin City figures) and, in the other, he grips a flashlight (which was hand-made). 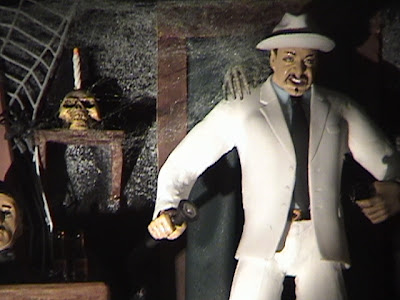 The back wall design features a doorway with a skeletal hand protruding from the shadows, along with a candle-lit skull atop and shelf, some spider-web, and a poster (with a knife through it) of Charlie Chan in the Wax Museum. 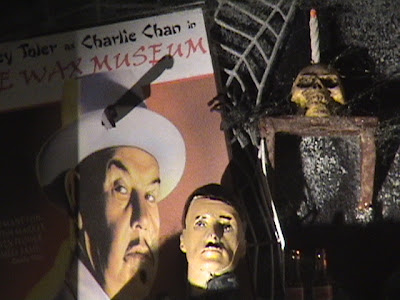 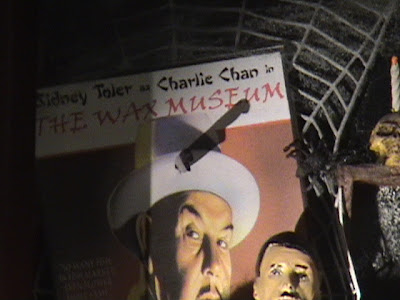 A 'wax' head of Hitler rests upon a custom-built wooden table. The Hitler head was actually a Sylvester Stallone optional head from a vinyl Judge Dredd model kit, but was sanded down, modified, and repainted. 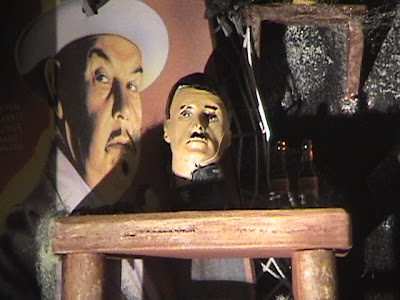 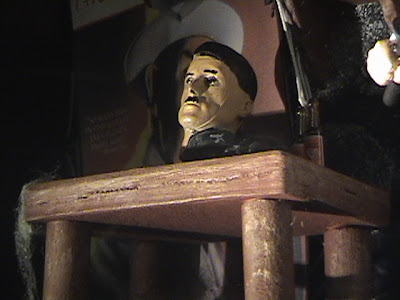 The figure display is contained within a dark brown wood-grain 10 x 14 shadowbox with a glass cover.
Posted by Middle Earth Collectibles at 2:56 PM