THE ULTIMATE EXPERIENCE IN GRUELING TERROR!
An impressive 7-color, double-sided Evil Dead Tour T-Shirt. Grindhouse Releasing has been touring around with The Evil Dead on 35mm and this shirt is the limited edition Evil Dead Tour Shirt! Back of shirt features cities where the tour visited.

Prize:
A. There are three (3) prizes, with each prize consisting of one (1) Evil Dead Tour T-Shirt. If chosen as a winner you will have the option of choosing an Evil Dead shirt in either medium, large, or x-large size.
B. Prizes will be shipped to the contest winners so entrants must include a valid email address. This contest is only open to entrants in the United States.
C. In the event that a winner chooses not to (or cannot) accept a prize, he or she forfeits all claim to that prize.
D. One entry per person. Prizes are non-transferable. No substitution of prizes allowed.
Duration of contests:
A. The “Evil Dead 2010 Tour T-Shirt” contest runs from June 3rd until 12:00am on June 15th, 2011.
How to enter:
A. Submit your name and email address for the random drawing.
Determination of winners:
A. Only contestants who have submitted the requested information will be entered in the final drawing. The first three randomly drawn eligible entries will be judged the winners for this contest.
B. Middle Earth Collectibles is not responsible for typographical, electronic or other errors in Internet operation affecting the offering, outcome, administration of the contest or the announcement of prizes. Void where prohibited or restricted by law.
C. The decision of Middle Earth Collectibles is final. Entrants agree to be bound by these Official Rules and by the decisions of the Middle Earth Collectibles judges, which are final and binding in all respects.

Just follow the link here and join the Middle Earth Collectibles Newsletter and you will automatically be entered into the contest.
Don't forget to include your name and email address in the email!
If you are chosen as a winner we will email you to request your T-Shirt size and mailing address in order to ship out your prize.
Winners will be notified via email and the three winners will be announced here on June 16th. 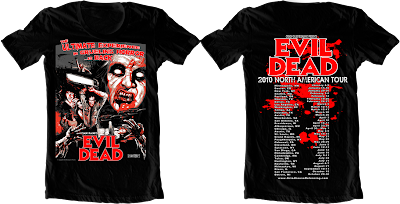