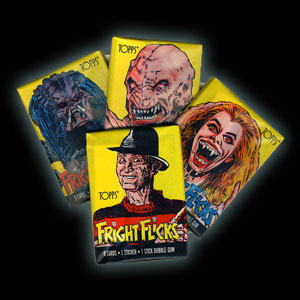 The '80s were a great time for horror fans. A new Friday the 13th, Nightmare on Elm Street, and Halloween flick was being released every couple of years, the movies became available for the first time on VHS, and Topps had released their Fright Flicks trading cards!

By the late '50s and early '60s Topps had added a few new non-sports related trading card lines, including a series on The Beatles, John F. Kennedy, and Funny Monsters - which featured cartoonish parodies of the classic silver-screen monsters with humorous text. Legendary artists like Jack Davis, Wally Wood, and Bob Powell contributed to the Funny Monsters cards.

Topps was also responsible for the controversial Mars Attacks cards in 1962. At the time they were heavily criticized for the graphic violence depicted on each card.

As the years went on Topps also released the Garbage Pail Kids trading cards that would later be turned into a feature film. By 1993 Topps had tried their hand at the comic book market, creating comics based on Friday the 13th, Zorro, Xena, Mars Attacks, and The X-Files. Their comic division folded in 1998.

But let's go back to 1985, when Topps released their Fright Flicks series of trading cards. Each Fright Flick card presented an image from a then-current horror film with a humorous tagline. The back of each card featured a "Did It Ever Happen?", a type of Ripley's Believe It Or Not scenario concerning 'supernatural' events that may or may not have actually occurred.

Each pack of Fright Flicks cards came with 9 cards, 1 sticker, and 1 stick of bubble gum. Interestingly, the back of each sticker-card was a type of 'puzzle piece' that created a larger picture when put together with other pieces. 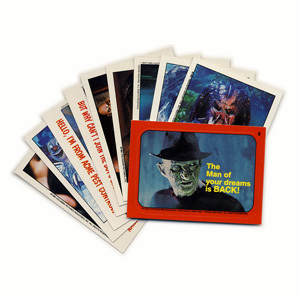 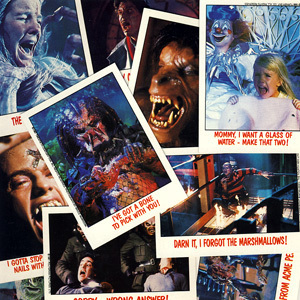 Overall, there were 90 different cards in the series with 11 different stickers. Four varieties of card packaging existed, one with Freddy Krueger, one with the Predator, another with Pumpkinhead, and yet another with the female vampire from Fright Night. 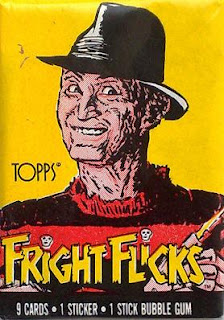 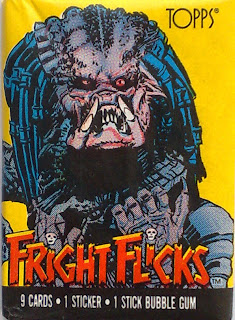 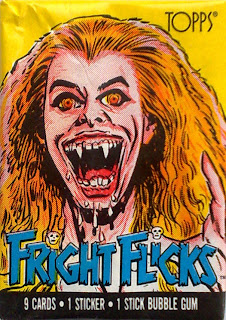 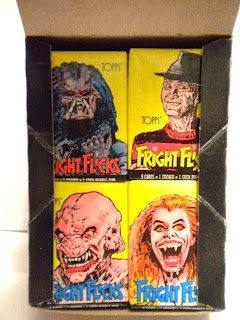 It's known that there were some instances where stores had to take these off their shelves due to the complaints of 'concerned' parents who were shocked by the graphic nature and themes of these trading cards. However, for fans of the horror genre, these cards are a collector's dream come true! 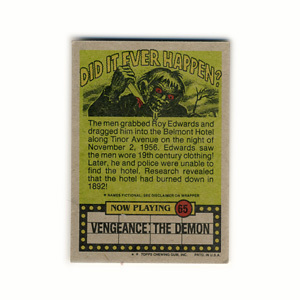 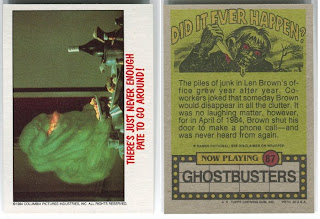 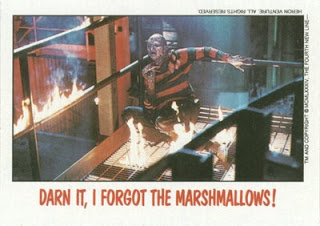 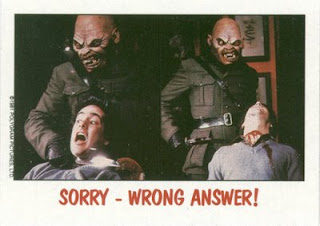 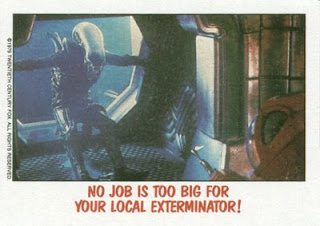 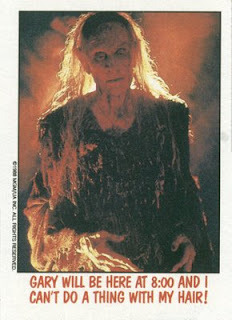 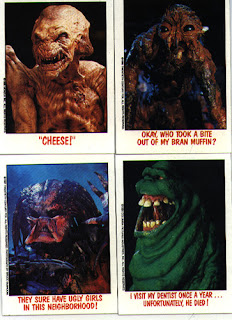 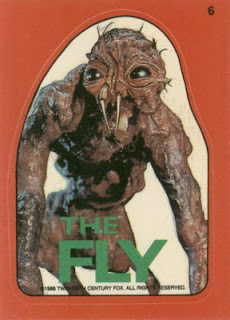 The movies featured on the Fright Flicks trading cards were: Alien, Aliens, An American Werewolf In London, Day of the Dead, Ghostbusters, Fright Night, Pumpkinhead/Vengeance: The Demon, The Fly, Predator, Poltergeist 1 & 2, and A Nightmare On Elm Street 1, 2, & 3.
Interested in getting a pack of these cards yourself? Well, look no further! A limited amount of these trading cards, still sealed in their original packaging, are available at Middle Earth Collectibles.
Posted by Middle Earth Collectibles at 10:41 PM