VHS OF THE WEEK: Class of Nuke 'Em High 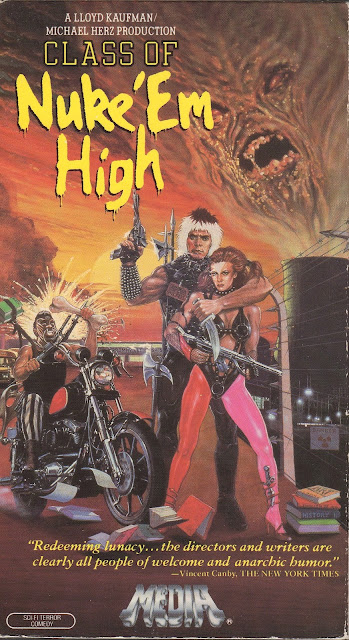 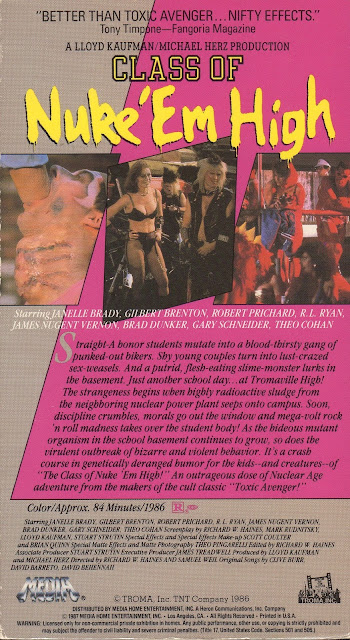 VHS RELEASE DATE: 1987
The mid '80s marked Troma's golden age where they systematically released cult hits like Igor and the Lunatics, The Toxic Avenger, and Class of Nuke Em' High. While The Toxic Avenger became Troma's most popular asset (and later their official mascot), Nuke Em' High was allegedly their best-selling Home Video back in the late '80s. Two direct-to-video sequels were made in the '90s, but both of which lacked the quality of the original.
Posted by Middle Earth Collectibles at 2:22 PM