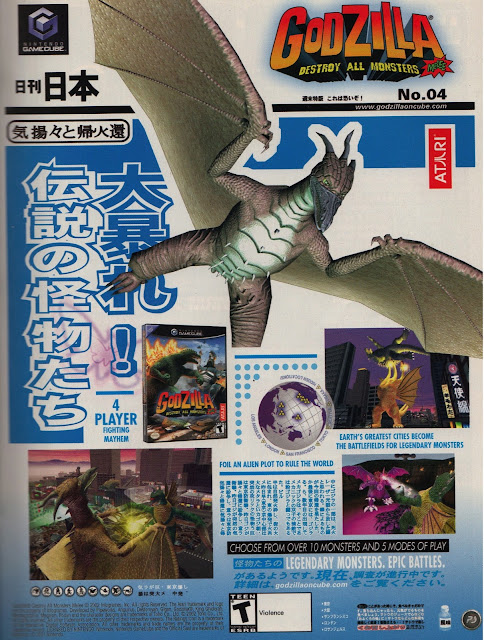 Released exclusively for the Nintendo Gamecube in 2002, Godzilla: Destroy All Monsters Melee was hailed as the best Godzilla game ever created - and with good reason! Never before could players control such screen-accurate representations of Toho's best characters, nor could they ever have engaged in massive citywide destruction with their friends! Godzilla DAM Melee allowed four players to battle at once and featured ten impressive monsters including Rodan, Gigan, Megalon, MechaGodzilla, King Ghidorah, Destroyah, Angilas, Orga, Godzilla 2000, and Godzilla '90s.
Posted by Middle Earth Collectibles at 2:32 PM