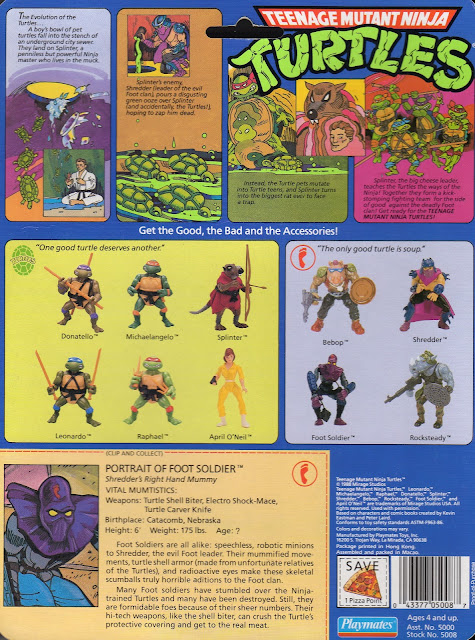 Many fans of the original Teenage Mutant Ninja Turtles  fondly remember the toy packaging, though let's face it, we didn't think the artwork and backboards were as cool back then - we just wanted the toys!  Each backing often advertised images of what other figures were currently available and most had the coveted "pizza points" (see on the right next to the barcode).
The backboard being featured here was from a Foot Soldier figure released during the original 1988 line - notice how only the primary characters were shown. This would soon change as the TMNT grew in popularity and countless figures became available.
Posted by Middle Earth Collectibles at 2:13 PM