VHS OF THE WEEK: The Lone Ranger's Triumph 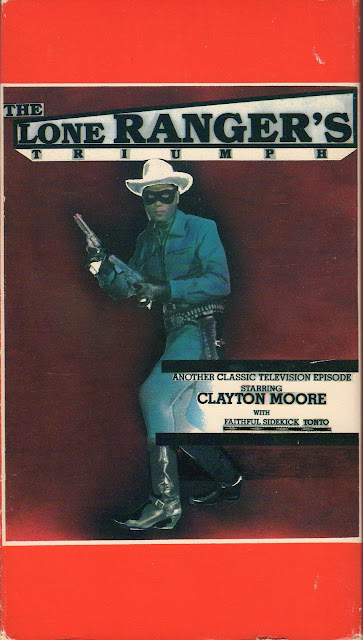 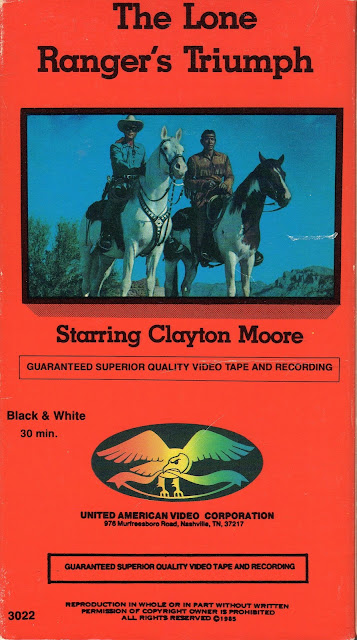 VHS RELEASE DATE: 1985
1985: when you used to get a single episode per VHS! Such is the case with United American Video Corporation's release of The Lone Ranger TV series starring Clayton Moore. On the bright side, the episode here (The Lone Ranger's Triumph) is recorded in the best possible quality (SP mode).

Perhaps the most glaring question here is, was someone actually paid to design the VHS cover? If there's a more blatant example of a cut-and-paste effort on a Home Video cover, we don't want to see it.
Posted by Middle Earth Collectibles at 2:53 PM