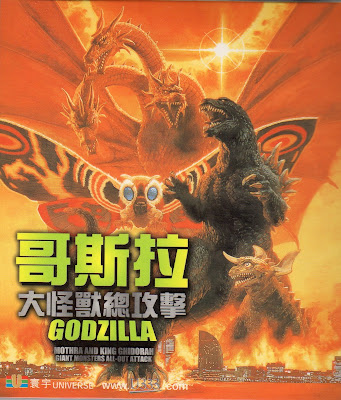 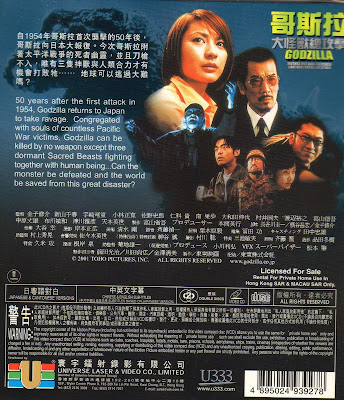 VHS VCD RELEASE DATE: 2001
We decided to mix things up a little this week. Instead of the standard VHS, we've featured a VCD. VCD (first released in 1993) was, in many ways, a precursor to DVD. However, the format was most popular in most of Asia, excluding Japan and South Korea.
Here we have the VCD release of Godzilla, Mothra and King Ghidorah: Giant Monster All-Out Attack, otherwise known as GMK (for those who don't want to remember a title as lengthy as a short novella).
This VCD features English and Chinese subtitles, both of which appear on the screen at the same time. That's not really a problem insomuch as both the Japanese and Cantonese audio are also going on at the same time! Why would a company feature dual non-removable soundtracks that play concurrently? Who knows (maybe The Shadow)? There's nothing quite like two languages being spoken at the same time to insure the viewer will be thrust upon the brink of madness.
Also, take note of the back of the VCD packaging, which states, "50 years after the first attack in 1954, Godzilla returns to Japan to take ravage." Ravage? From Transformers? 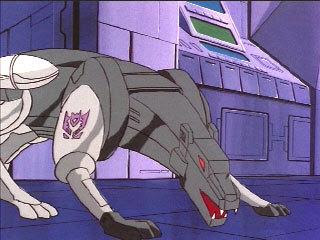