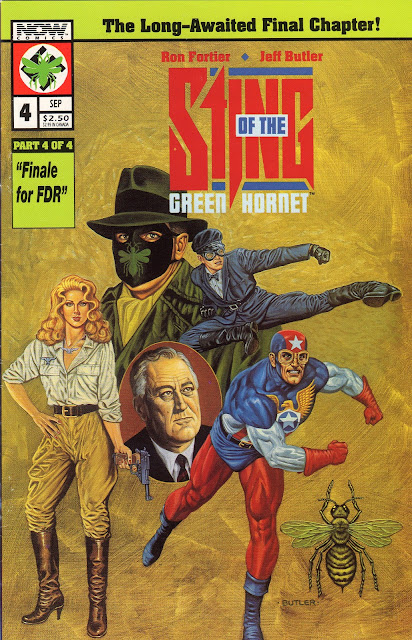 Back in the '90s NOW Comics had an assortment of Green Hornet titles, one of which was Sting of the Green Hornet. Published in 1992 as a 4 issue mini-series, Sting found the masked hero up against the Nazis in a plotline that, in many ways, harkened back to the Green Hornet serials and radio dramas.
Posted by Middle Earth Collectibles at 2:28 PM