VHS OF THE WEEK: Rodan 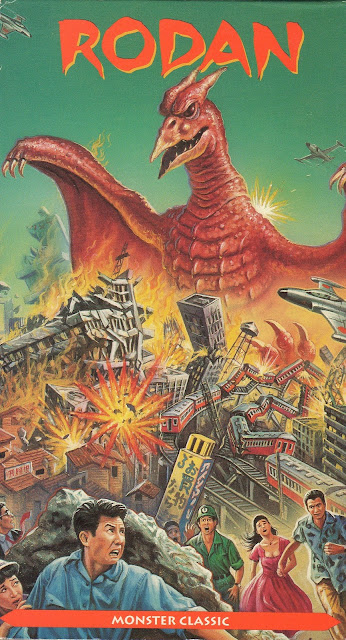 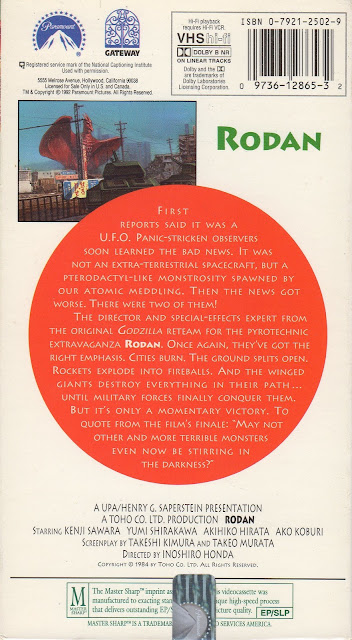 VHS RELEASE DATE: 1995
Paramount Home Video released a number of the Godzilla films in the early-to-mid '90s, some even made it to VHS for the first time! Unfortunately, for collectors, most were released in EP/SLP (extended play/standard long play), which was vastly inferior to SP (standard play).
On the other hand, Paramount had some great artwork on their VHS covers!
Posted by Middle Earth Collectibles at 1:44 PM