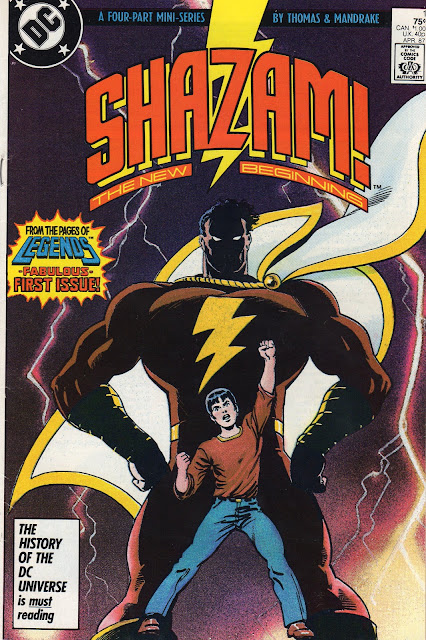 By the mid '80s DC Comics had decided to reboot most of their titles. Shazam: The Beginning was a 4-issue mini-series that modernized the origin of Captain Marvel. It's a superior effort over both the earlier Shazam comics and the '90s iteration, when the character's history was once again tweaked for The Power of Shazam.
Posted by Middle Earth Collectibles at 12:46 PM