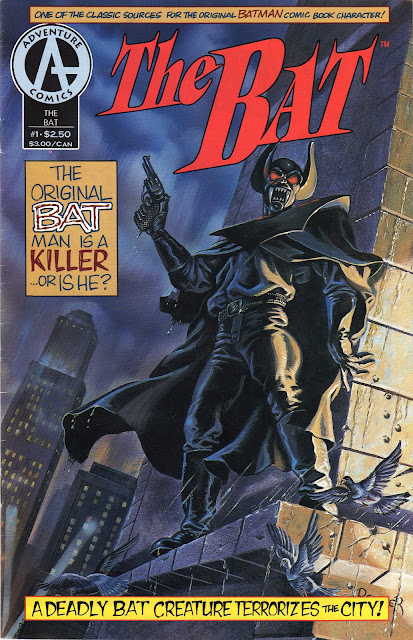 Published in 1992 by Adventure Comics, The Bat is a one-shot adaptation of Mary Roberts Rinehart's Broadway play and novel of the same name. Rinehart's The Bat was made into a silent film back in the '20s, an early 'talkie' in the '30s, and remade yet again in the 1950's starring Vincent Price and Agnes Moorehead. Be sure to check out Shadowland Magazine #3 for an in-depth article on Rinehart's work and The Bat!
Adventure Comics' The Bat is inked in black-and-white and, while changing much of Rinehart's story (not for the better), it's still worth seeking out just for the mind-blowing cover artwork.
Posted by Middle Earth Collectibles at 12:34 PM