VHS OF THE WEEK: Robocop - The Future of Law Enforcement 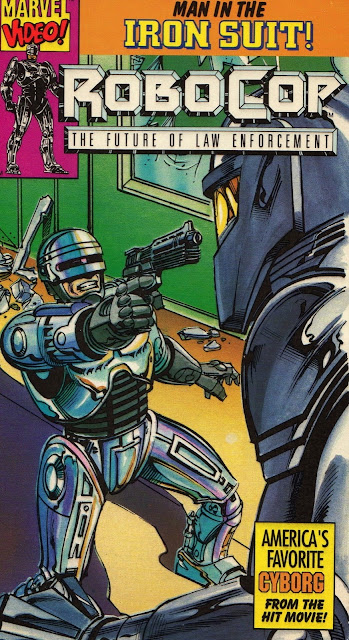 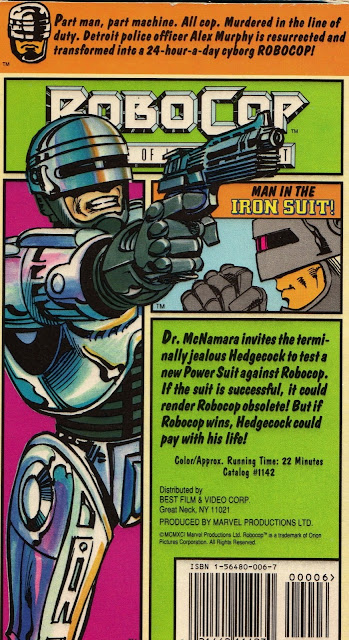 VHS RELEASE DATE: 1991
Back in the '80s we would get cartoons based on 'R' rated movies, and more often than not, the cartoons were great. Where else would you get to see Rambo take on a ninja other than in Rambo: The Force of Freedom? In Robocop's case, Marvel produced a comic series based on the cyborg cop along with his very own animated show. A few of the episodes were released onto VHS under the 'Marvel Video' banner.

Out of the Robocop series, 'Man in the Iron Suit' is one of the better - and thematically darker - episodes. Well worth a viewing! The video box also presents us with some nice artwork of Robocop in action. Note Robocop's cylon-like visor!
Posted by Middle Earth Collectibles at 2:34 PM