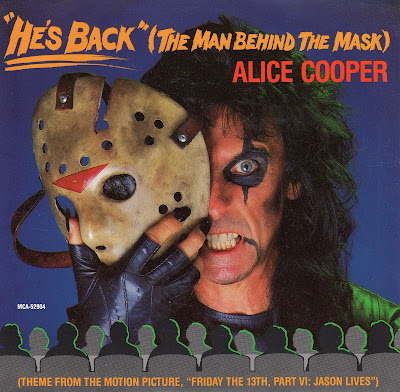 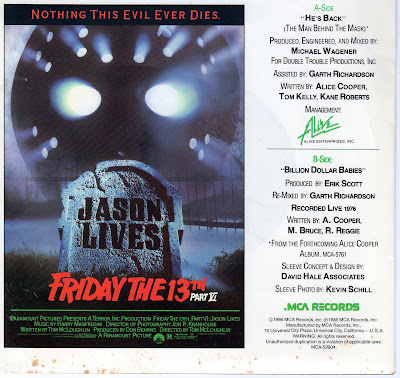 Alice Cooper's He's Back (The Man Behind The Mask) served as the theme song to Friday the 13th Part VI: Jason Lives. The single was released in 1986 as a 45 rpm record. Side A featured the title song while side B was comprised of a 1976 live recording of Billion Dollar Babies.
He's Back would also end up as the last track on Alice Cooper's Constrictor album, along with Teenage Frankenstein, which had been been featured in Jason Lives. The only Alice Cooper song that was heard in the film to never get a legitimate album release was Hard Rock Summer - though it would eventually make it out on the 4-disc CD box set, The Life and Crimes of Alice Cooper.
Posted by Middle Earth Collectibles at 12:58 PM