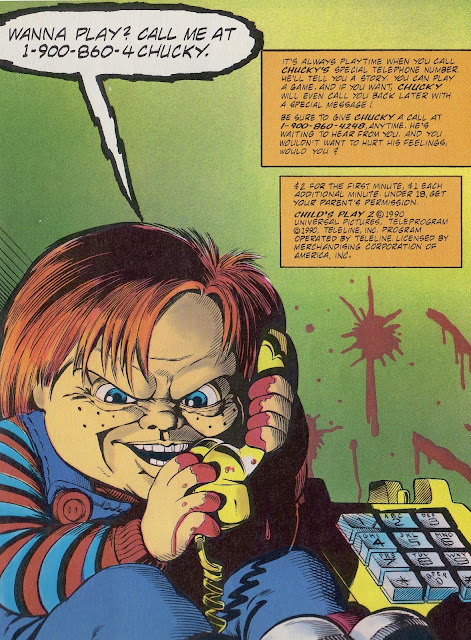 A while back we covered the Freddy Hotline that existed in the late '80s.  It was a 900 number where fans could "talk" to A Nightmare on Elm Street's Freddy Krueger. That must have been somewhat of a success, because by 1991 Chucky from the Child's Play films had his very own 900 number!
Posted by Middle Earth Collectibles at 2:18 PM