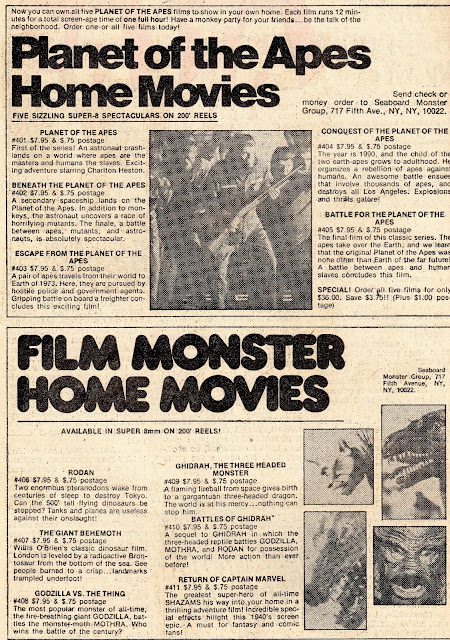 1970's advertisement for Super 8 home movies on 200' reels. Each featured around 12 minutes worth of selected scenes, edited down to form a somewhat coherent 'film'. Available were the original five Planet of the Apes films, Rodan, The Giant Behemoth, Godzilla vs. The Thing, Ghidrah: The Three Headed Monster, Battles of Ghidrah, and Return of Captain Marvel.
Posted by Middle Earth Collectibles at 2:29 PM