Movie Rumors from 1990: A Glimpse into the Pit of Development Hell PART V 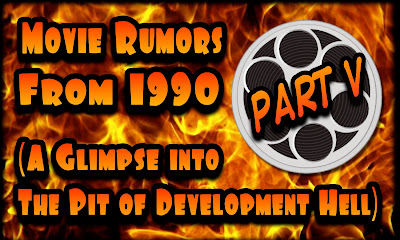 And here we are, at the fifth and last chapter of Movie Rumors from 1990! This might just be our most interesting selection yet... 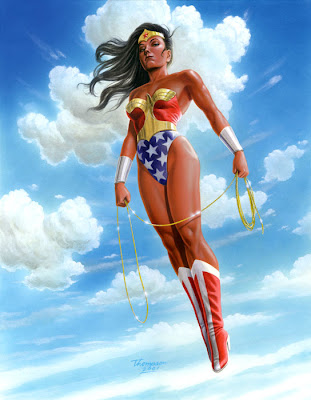 DC Comics had planned a live-action Wonder Woman TV series in 1990.
Originally, Wonder Woman was first set to arrive on television in 1967 with a pilot episode titled, Who's Afraid of Diana Prince? The show, intended to be a comedy, was scrapped before being broadcast. By 1974 a made-for-TV Wonder Woman film starring Cathy Lee Crosby aired. It received mixed results and and a more faithful pilot movie was released in '75 with Lynda Carter as Wonder Wonder. The pilot did well and spawned a TV series that lasted three successful seasons (1975-1979)
By 1990 rumors were floating around that a new syndicated Wonder Woman series would hit the airwaves. In the end, the project was dropped and a pilot was never filmed.
In 2011 NBC announced that they were filming a pilot for an updated Wonder Woman show starring Adrianne Palicki. Fans were in an uproar as soon as images of the costume hit the internet. They criticized the radical departure from the comics - and rightfully so, the entire plot was so far removed from the comic book it became a wonder why they based it off the iconic character in the first place. On May 12th 2011 NBC announced that they were not picking up the show. 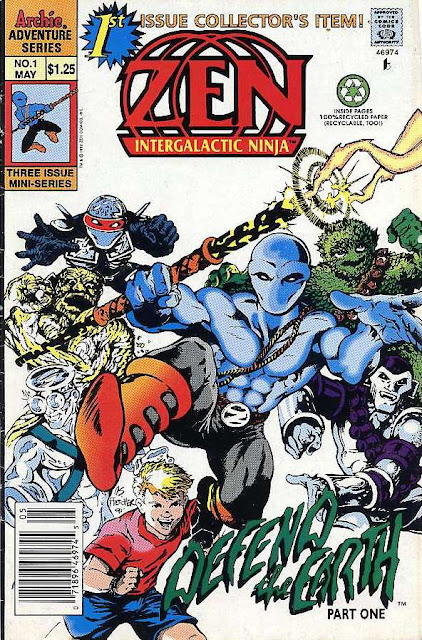 Zen was part of the growing 'save the environment/fight pollution' trend of the late '80s/early '90s and, without a doubt, he was far cooler looking than Captain Planet. Though, aside from a small toyline, Zen didn't have an animated TV show. That was to change in 1990, when a Zen cartoon and live-action movie was announced.
Unfortunately, the blue extraterrestrial ninja never really had a chance to shine as he was washed away by a tidal wave of Ninja Turtles, X-Men, Batman-mania, and the aforementioned Captain Planet. Zen toys were soon found in bargain sections of Toys R' Us and any hopes of a show or film were gone.

Warner Brothers had planned for a live-action Plastic Man film in 1990. A script was written by Charles Gale (writer of Ernest Scared Stupid) and there were rumors circulating that Pee-wee Herman would be playing the lead role. Bryan Spicer was set to direct.
By '95, after little happened with the film, Andy and Larry Wachowski (creators of The Matrix) wrote a new screenplay based on the elastic superhero. Around 2008-2009 the project was revitalized with Keanu Reeves in talks to play the role. As of 2012, the project appears to be abandoned.
Posted by Middle Earth Collectibles at 2:21 PM