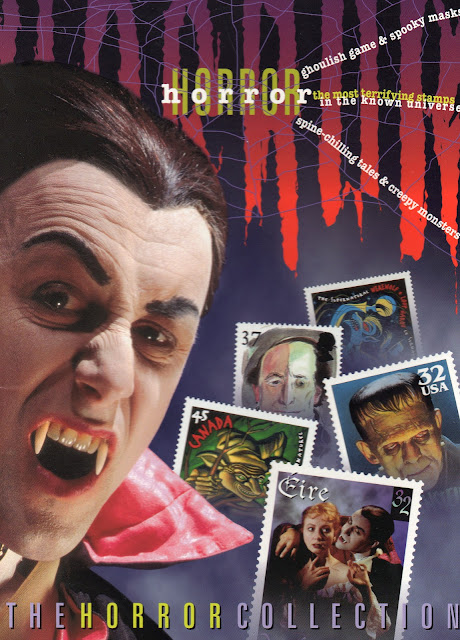 For those that may not remember, back in 1997 the United States Postal Service released stamps commemorating the classic Universal Monsters. In addition, horror-themed stamps were concurrently available in Canada, Great Britain, and Ireland.
To compliment the North American release, a book was made available by the USPS that featured a mint stamp collection from all four countries, a fold-out boardgame, a poster, cardboard face masks, trivia on classic horror films/literature, and a short story featuring the Universal Monsters.
Stamps from Great Britain: 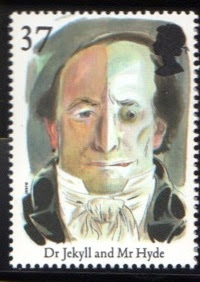 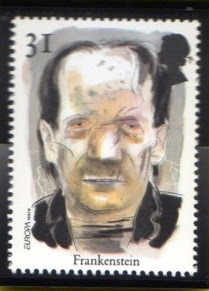 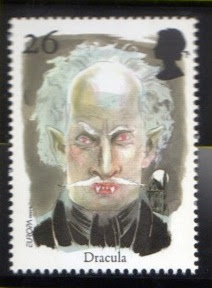 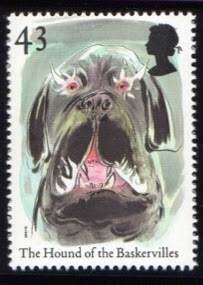 Stamps from the United States: 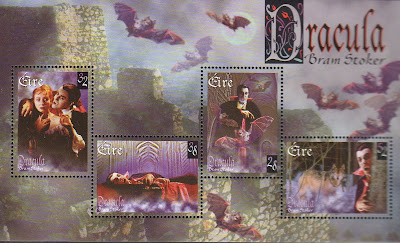 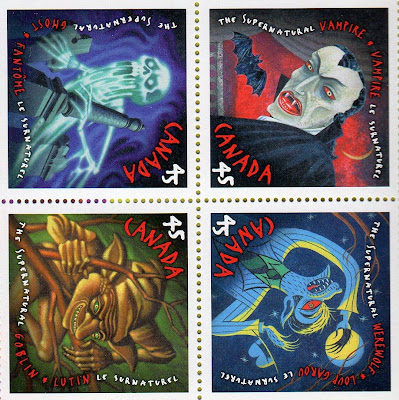