Ah, time. Where does it go? It feels like only yesterday when we were shoving archaic VHS tapes into a VCR. The good old days...or maybe not. For those who were avid VHS collectors, the memories of tapes getting stuck in the VCR were not good ones. Nor were the tracking problems and having to rewind the tape. The advent of laserdiscs made things better for home entertainment enthusiasts, but even they had crumbled to the wayside in favor of DVDs. And now BluRay is well on its way to becoming the next 'big' thing.
So, it's unanimous, right? DVD is better than VHS. Better picture, 5.1 sound, special features, chapter selections, they take up less room, etc...
All valid points, of course. However, there's one thing that DVD sorely lacks. Cover art. Sure, some DVDs do a fine job, but for the most part, DVD cover art is but a pale shadow of what VHS covers once beheld.
Continue on, true believer...
SUPERMAN IV
DVD COVER: 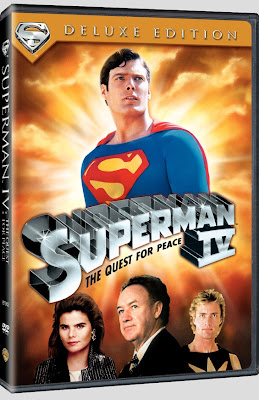 A photoshopped piece of little more than cutout images of the actors. Nothing too impressive.
VHS COVER: 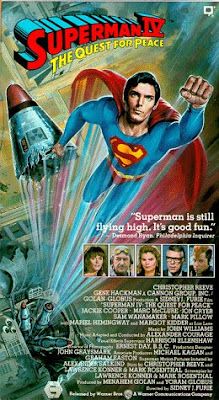 Movie poster artwork with actor photographs and a blurb praising the film. Forget the fact that this may be the weakest Superman film of the original four, the poster art was great!
GODZILLA vs. MECHAGODZILLA
DVD COVER: 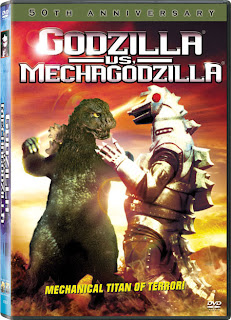 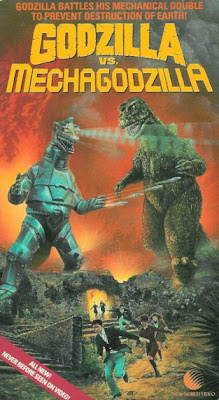 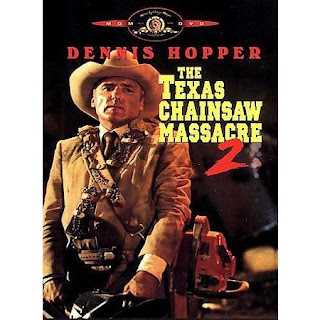 I'm sorry, but when I think of a 'Texas Chainsaw Massacre' I don't automatically think of Dennis Hopper. Also, this cover is somewhat misleading - making Hopper appear to be partaking in the 'massacre' with a chainsaw by his side.
VHS COVER: 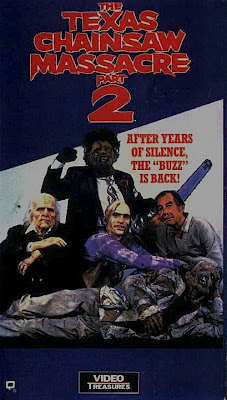 Leatherface (and his chainsaw), Chop-Top, Grandpa and the rest, done in a clever parody of the Breakfast Club movie poster. Plus add in a terrific tagline and you have a great cover.
REVENGE OF THE NINJA
DVD COVER: 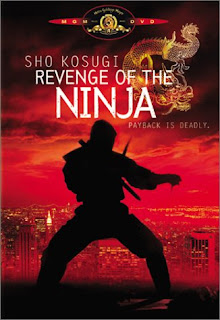 Sho Kosugi truly was the premiere ninja of the '80s. Too bad MGM's DVD cover for his greatest outing is such a lackluster effort.
VHS COVER: 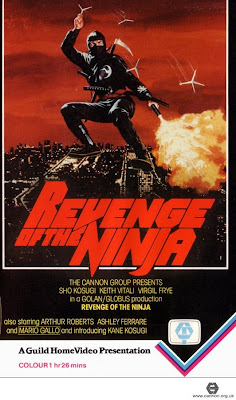 A ninja (that you can actually make out), throwing stars soaring overhead, and a makeshift flamethrower, all above a sprawling city. Unlike the DVD cover, the VHS artwork actually makes it look like this ninja will get his revenge.
MASTERS OF THE UNIVERSE
DVD COVER: 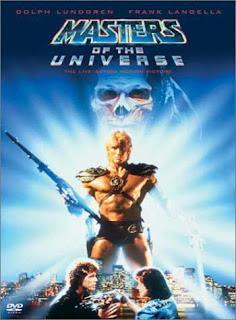 Sadly this cover seems to exist to hide most of Skeletor's face and why is He-Man's arms being blotted out with light? You can hardly see the Sword of Grayskull in his left hand.
VHS COVER: 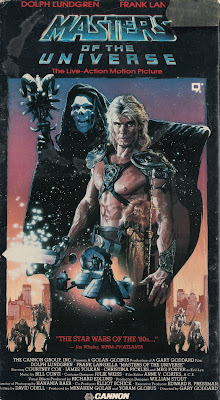 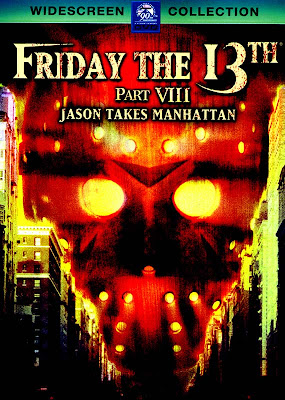 One of the worst offenders and an example at the nauseating horrors that photoshop is truly capable of.
VHS COVER: 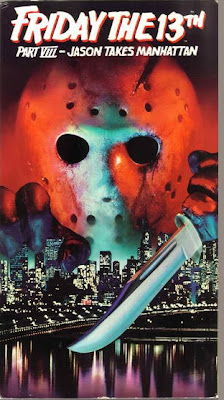 Now, these are probably the best on the list as far as DVD covers go. They're photoshopped, but are well done for the most part, particularly Return of the Jedi. Yet, with that said, they could never compare to their predecessors...
VHS COVER: 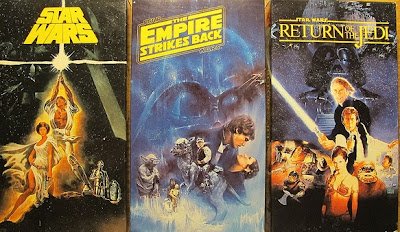 The phrase "epic movie franchise" is often taken with a grain of salt. With the original Star Wars, the term couldn't be more true - and these covers are perfect depictions of the trilogy's grandeur.
Posted by Middle Earth Collectibles at 1:56 PM