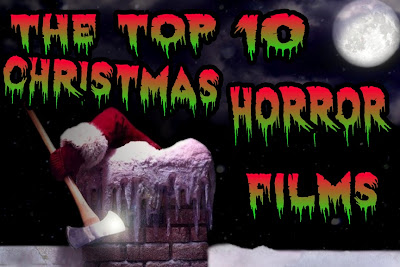 They say Christmas is the time for 'Peace on Earth' and 'Good Will' to fellow man, however, in the realm of the horror genre, Christmas is often a blood-soaked recipe for ho-ho-horror! While It's A Wonderful Life, A Christmas Story, and National Lampoon's Christmas Vacation are always great films to watch each and every holiday season, there exists an entire subgenre for those who would rather sit down and have a scary little Christmas...
Here's our list for the top 10 best Christmas-themed horror films!
10. SANTA'S SLAY (2005) 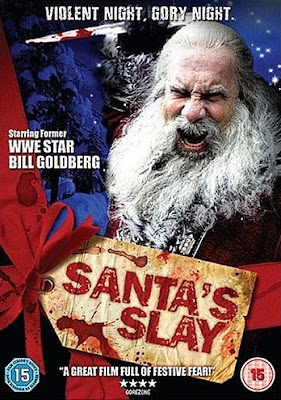 You have to give Santa's Slay at least this much, it's a pretty funny plot device on how they get Santa to be evil. Apparently, ol' Saint Nick was really a hell-spawned demon who lost a bet with an angel and therefore has spent the last thousand or so years being the merry giftgiver. However, after said time, the bargain is off, and Santa goes out to spread some X-Mas fear instead of cheer.
Fun best describes Santa's Slay and it never takes itself seriously, and who would think that it does? After all the movies biggest endorsement is "WWE Star" Bill Goldberg as Santa!
9. JACK FROST (1997) 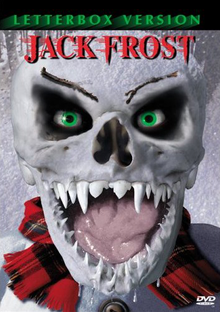 This horror holiday romp predates the Michael Keaton film of the same name by one year. Jack Frost is more ridiculous than even Santa's Slay, but that's what makes it so great in a "it's so bad, it's good" kind of way.
Besides, the plot sells itself. When a serial killer convict is being transported during a Christmas Eve snowstorm, a freak accident with a tanker truck hauling mysterious chemicals turns the killer into a murderous snowman. Hilarity, and some mild horror ensues including a scene where the local town's sheriff tries to melt the sinister snowman with a hair dryer. If that doesn't get you in a Christmas mood, what can? 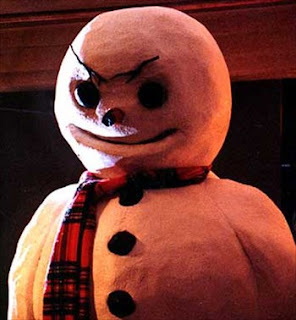 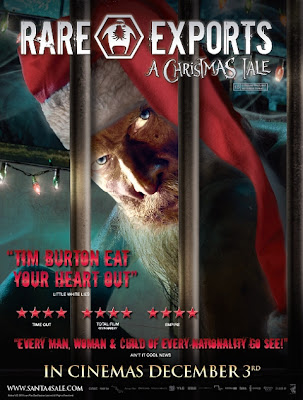 Finland offers up their take on the horror X-Mas genre with Rare Exports: A Christmas Tale. This is one film that should be seen with limited knowledge of the plot to truly enjoy. The basic premise is that Santa Claus is unearthed in an archaeological dig. Though not in the same tried-and-true horror vein as many of the other films on this list, it's certainly a must-see. Fans of dark humor will be especially at home with this one. Don't be surprised if Rare Exports develops quite a cult following in years to come.
7. DON'T OPEN TILL CHRISTMAS (1984) 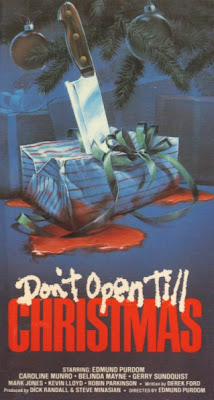 The 'killer Santa' class of film is a genre all it's own, following a very basic premise: deranged psychopath dressed in a Santa outfit goes on a killing spree. That's about it. Well, Don't Open Till Christmas turns that plot around slightly. This time around, a deranged psychopath goes on a killing spree, targeting people dressed as Santa. This flick has all the trappings of the standard slasher film, which may or may not be a good thing depending on your taste in horror films. But for those who enjoyed Friday the 13th, April Fools Day, The Prowler, and the like, you're in for a treat.
6. BLACK CHRISTMAS (2004) 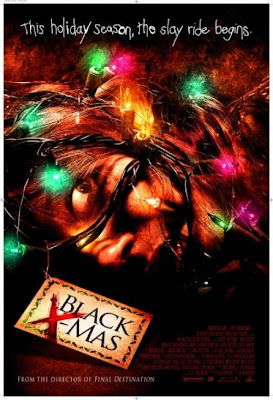 A remake of the 1974 original that tells the story of a group of Sorority girls who get stalked by a bloodthirsty maniac on Christmas Eve. While the remake doesn't hold a candle to the original, it is not without it's own merit and worth a viewing. Whether you see the 84 minute version or the 94 minute unrated cut, both move at a brisk pace and never lose focus. 2004's Black Christmas is a genuine throwback to 1980s slasher films and never condescends to the genre (unlike the 'hip' trend that the Scream franchise set). Of course, to match the shock value of the '80s slasher scene, Black Christmas amps up the blood, guts, and gore to new heights...so be ready for a few eyeballs to roll.
On a sad note, it's worth mentioning that this film features the last score composed by the late Shirley Walker, who was responsible for the brilliant musical scores of Batman: The Animated Series and Batman: Mask of the Phantasm, among many, many other works.
5. SILENT NIGHT, BLOODY NIGHT 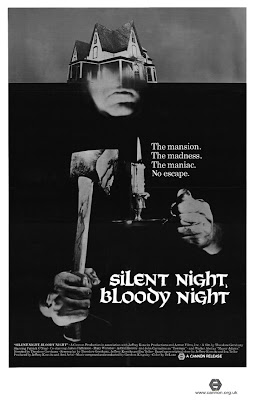 A very good film, unfortunately marred by the horrendous DVD prints currently available. At times, this film has a slower pace than many on this list - but don't fault it for that. Silent Night, Bloody Night has a great story and if you can get past some wordy scenes and the less-than-stellar print, you will find yourself in for an enjoyable 81 minutes. Be warned, there's also an 88 minute version and a butchered 64 minute version. The movie is supposedly in the public domain, and as such, one can view it in it's entirety (the 81 minute cut) on youtube at this very moment.
4. CHRISTMAS EVIL (1980) 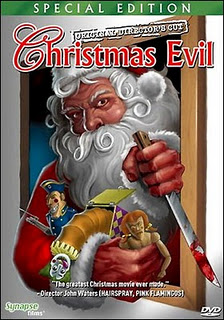 Differing from many of the typical Christmas horror movies, this one really tries to make you sympathetic to the psycho. Though, in the case of Christmas Evil, it's more of a man who just really, really loves the ideals of Christmas...but to psychotic levels. Things only take a turn for the worst when the maniac in question finds out that many people aren't as into the X-Mas spirit as he is. And stick around for the last couple of minutes and you'll bear witness to one of the best - if not the best (and bizarre) - endings out of any film on this list.
3. "AND ALL THROUGH THE HOUSE" - TALES FROM THE CRYPT (1972/1989) 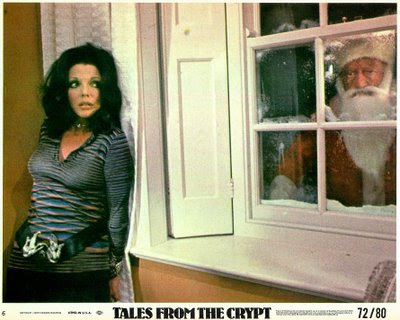 Okay, we're kind of cheating here - because this is just one of the stories in the 1972 Tales From The Crypt anthology film, nevertheless, it's one of the best Christmas horror stories ever, so we've included it. Ironically, And All Through The House wasn't an original EC Comics Tales From The Crypt story, rather, it originated from The Vault Of Horror. 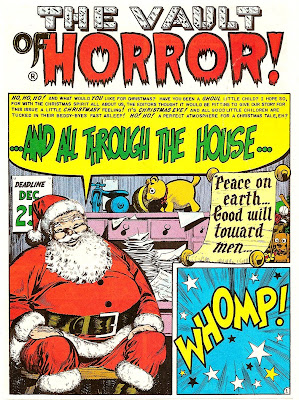 Anyway, the plot follows an escaped mental patient in a Santa suit who pays a visit to a house inhabited by Joan Collins. This is one of the first examples of the deranged killer-Santa formula and, equally, is one of the best. 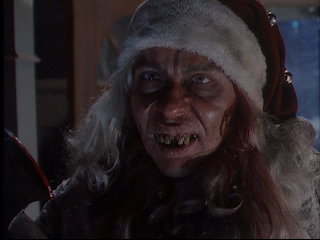 Larry Drake portrayed the maniacal Santa-outfitted fiend on the Tales From The Crypt HBO show in a retelling of the story. This version fares even better than the '72 original and for those that only have twenty-or-so minutes to spare, but still want their horror/Christmas fix, are well-advised to seek this treasure out. 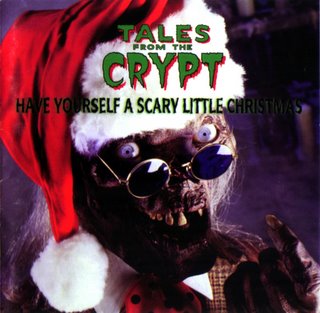 Looking for a few tunes to get you in a horrifically good Christmas mood? Tales From The Crypt's very own Crypt Keeper released his own X-Mas album in the mid-'90s.
2. SILENT NIGHT, DEADLY NIGHT (1984) 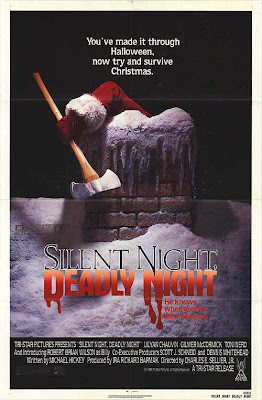 Many would argue that this is the last word on killer Santa films, and with good reason. Silent Night, Deadly Night tells the story of a young boy who's parents are murdered by a thug in a Santa suit. This lands the unfortunate boy in an orphanage run by a ultra-strict and semi-delusional Mother Superior. Years later, when the boy gets a job at a local store he is asked to dress up like Santa for a Christmas event...as you could probably imagine, this doesn't end well and a blood-soaked rampage awaits.
For those who just can't get enough Silent Night, Deadly Night, have no fear. There's four sequels to quell your hunger, though none reach the height of the original.
1. BLACK CHRISTMAS (1974) 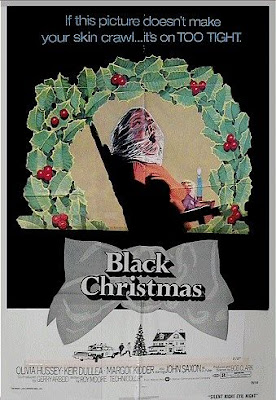 A decade before Silent Night, Deadly Night was released audiences were exposed to perhaps the most enduring Christmas horror film of all time, Black Christmas. Starring Olivia Hussey, Margot Kidder, and John Saxon, this is not one to miss...plus it was directed by Bob Clark! That's right, the man responsible for the iconic holiday classic, A Christmas Story.
NOTABLE CHRISTMAS PICKS:
What follows are films that don't sit solely in the horror genre, but branch out somewhat while still retaining an air of horror. Even so, they are worthy of any Christmas marathon.
GREMLINS (1984) 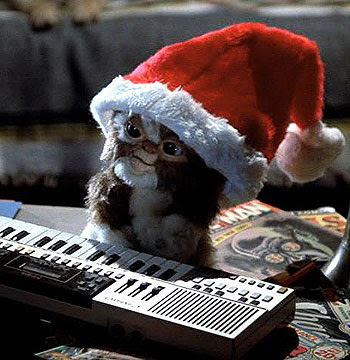 What Christmas would be complete without Gizmo? A classic by the great Joe Dante.
SCROOGED (1988) 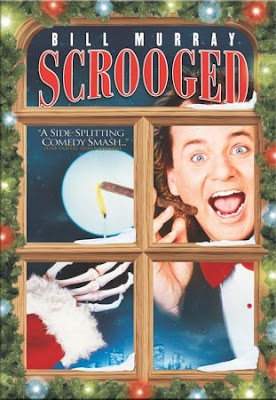 Ah, the days before CGI...and the special effects still hold up.
BATMAN RETURNS (1992) 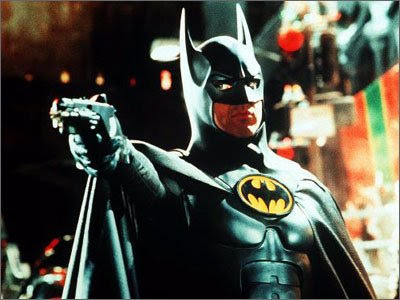 Tim Burton's dark, brooding, and atmospheric follow-up to his '89 blockbuster hit is worthwhile to watch any time of year - but the plot of Batman Returns is set during Christmas, so what better excuse to watch it than now?
Or...if you'd rather spend a quiet Christmas away from the TV and with some quality literature, there's always this...
THE INCREDIBLE HULK #378 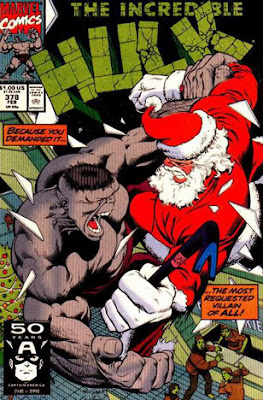 Not since Dicken's The Christmas Carol has a story captured the spirit of the holiday quite like the Hulk in mortal combat against a crowbar wielding Santa.
Merry Christmas, Happy Holidays, and Have a Happy & Healthy New Year!
Posted by Middle Earth Collectibles at 2:38 AM