A Nightmare on Elm Street Pinball! 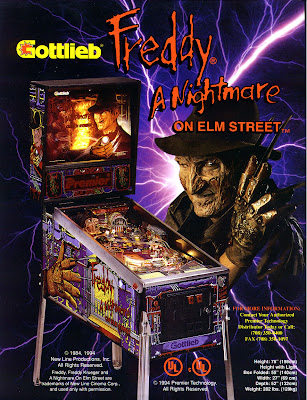 Long before the arrival of the various Playstation, Xbox, and Wii consoles, even prior to the advent of the Sega Genesis, NES, and Atari, pre-dating the release of Pong...there was pinball. Ah, the days of pinball; when a mere handful of coins could buy an afternoons worth of entertainment. For many who grew up when pinball machines were at every arcade, bowling alley, laundry mat, mall, and bar, the appeal of pinball has never faded. Now, sadly, the pinball industry is in a perpetual state of decline, with Stern being the only company still manufacturing these machines on a world-wide level.
Being a long-time pinball fan, it has become a disappointment to only occasionally find a (working) pinball machine around town. I had long been under the impression that there were no more pinball manufacturers around today - so imagine my surprise when I spotted a Tron: Legacy pinball machine at the local movie theater! For those interested in the history and continuing legacy of pinball, I urge you to check out the documentary Special When Lit: A Pinball Documentary. While being a fun film, it's also an informative one. Did you know pinball was banned in the United States for 30 years?

Now, despite the decline of pinball in the late '80s thanks to video games, there was a sudden surge of all things pinball in the early-to-mid '90s. Horror fans were in for a few special treats as well. The early '90s would see the release of such horror-themed pinball machines featuring, The Creature from the Black Lagoon, The Phantom of the Opera, Dracula, Elvira, Frankenstein, The Addams Family, Tales from the Crypt, and one of my personal favorites...A Nightmare on Elm Street.
In 1994 Freddy Krueger lept from the cinematic dream world straight into the realm of pinball (Nintendo enthusiasts should also be familiar with Freddy's less-than-stellar NES game.) Released by the now-defunct Gottleib pinball manufacturer, The Nightmare on Elm Street pinball machine is a dream (nightmare?) come true for any Freddy fan. From the great artwork that adorns the cabinet to the detailed game board, this is one pinball game well worth a few handfuls of quarters. 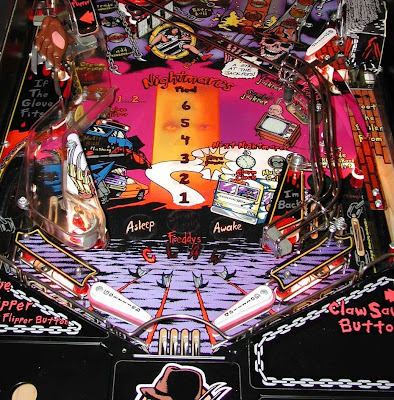 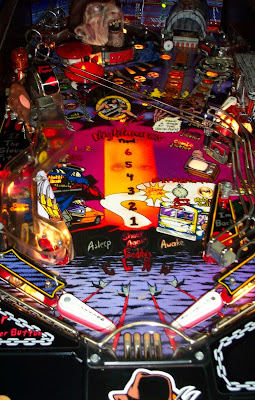 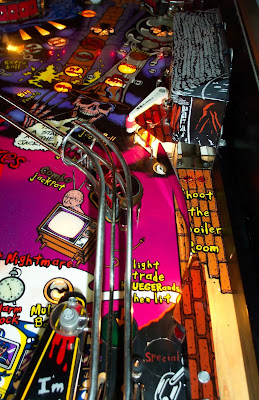 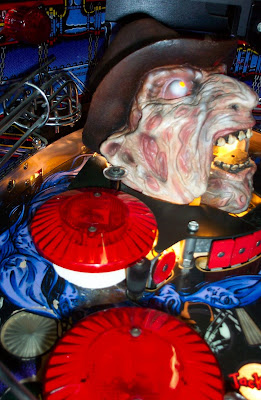 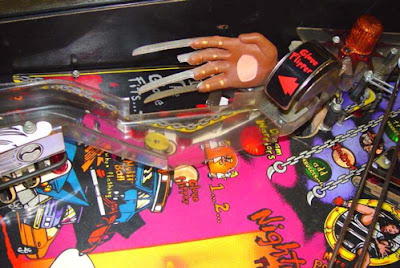