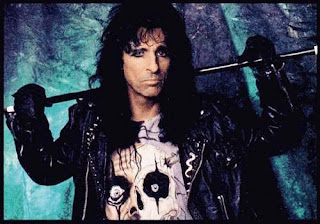 It's been announced that rock icon Alice Cooper will have a cameo in Tim Burton's upcoming film Dark Shadows, based on the hit soap opera from the 1960s. While Burton's last few films (Alice in Wonderland, Sweeney Todd, Charlie and the Chocolate Factory) have been met with mixed reviews, one could hope that Dark Shadows gives the director a more proper platform to express his artistic talents. 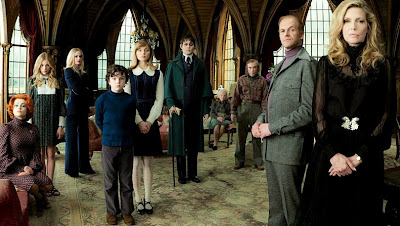 If anything, Dark Shadows will be featuring a very impressive cast - including Johnny Depp (as Barnabas Collins), Michelle Pfeiffer, Jackie Earle Haley, Eva Green, Chloe Grace Moretz, Helena Bonham Carter, and the legendary Christopher Lee.
Dark Shadows is scheduled for a May 11th, 2012 release.
On a side note, it's worth mentioning that Johnny Depp is currently interested in getting a big screen adaptation of Darren McGavin's 1970's Night Stalker green-lit. Hopefully it will fare better than the 2005 TV reboot.
Posted by Middle Earth Collectibles at 3:32 PM