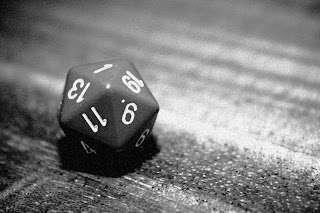 Today we're ranking the top 10 old-school horror-themed board games. So roll, the dice and see what happens...
10. MONSTER SQUAD (1977) 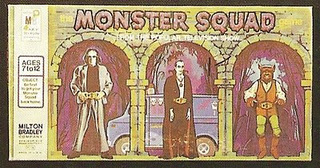 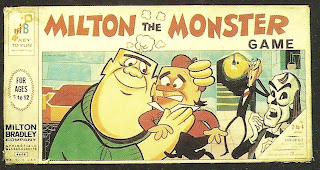 Being a huge fan of Milton (the monster, not the game company who, ironically released this monster-game), this board game was always a favorite. Very reminiscent of another Milton Bradley game, Candyland, complete with spinning dial.
8. THE MUNSTERS CARD GAME (1964) 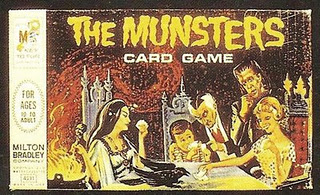 A fairly simple game of cards with a few token pieces and a play sheet. Nevertheless, for a Munster's fan, this was always a fun time.
7. HAUNTED MANSION GAME (1969) 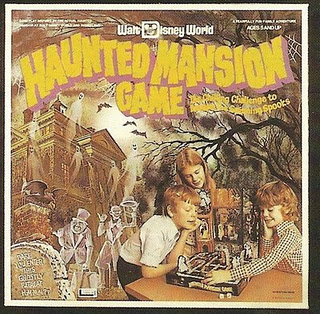 Based off the Disney ride, years and years before the company ever considered a Haunted Mansion movie.
6. GREEN GHOST GAME (1965)

A game with a green ghost that glows-in-the-dark? How could it not be a winner.
5. BARNABAS COLLINS: DARK SHADOWS GAME (1964) 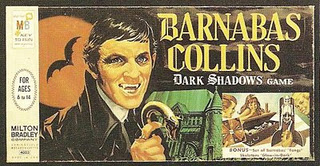 Even a Gothic soap-opera could spawn their own board game in the '60s thanks to our friends at Milton Bradley.
4. ALFRED HITCHCOCK 'WHY' MYSTERY GAME (1958) 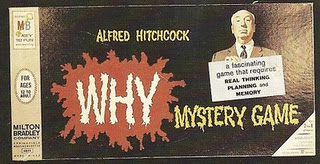 This one harkens back to the '50s, though was re-released a decade later in the '60s. A fun little romp where you get to assume the role of a farcical private eye to solve the mystery.
3. THE TWILIGHT ZONE (1964)

Okay, we admit it, gameplay wise, this is one of the weaker additions to the list. However, The Twilight Zone game scores much in the way of bonus points for its fantastic box art.
2. KRESKIN'S ESP (1967) 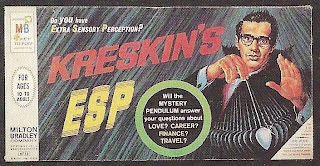 Back in '67 Milton Bradley gave kids a chance to test their extra sensory perception by way of Kreskin's ESP. The 'Mystery Pendulum' was always a hoot, but the game would have benefited from a shock device similar to Peter Venkman's setup in Ghostbusters.
1. BORIS KARLOFF'S MONSTER GAME (1965) 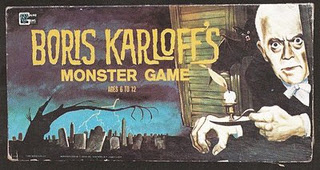 What horror fan wouldn't want to play a round of Boris Karloff's Monster Game - a rare treat that could run up to $500 in excellent condition. Sadly, many who once had this game no longer possess this monstrous treasure.
Now, despite this top 10 list, we kind of lied. Even Boris Karloff's Monster Game doesn't deserve the #1 spot. What does, you ask? Your answer dwells a little further down the page...
A TRUE HORROR GAME:
OFFSHORE OIL STRIKE 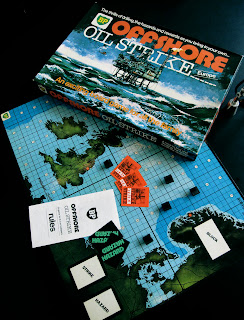 Posted by Middle Earth Collectibles at 12:14 AM