Between 1969 and 1983 Warren Publishing released the first era of horror magazines featuring Vampirella (a total of 112 issues, along with the 1972 and 1977 annuals). While the strikingly dressed beauty has been featured on covers by a number of other publishers (such as Harris and Dynamite) some of the best cover artwork stemmed from the Warren years. For that reason our list is going to stick to the Top 10 Best Vampirella Covers during the initial Warren run.
And now, in no particular order... 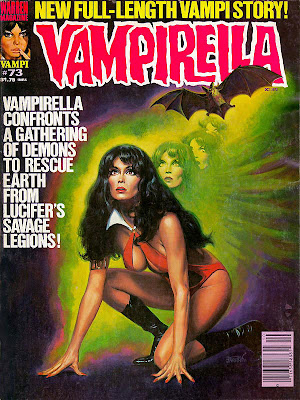 Cover artist Bob Larkin gives us a nice dynamic image of Vampirella as a bat, shape-shifting into her more curvy form.
VAMPIRELLA #19 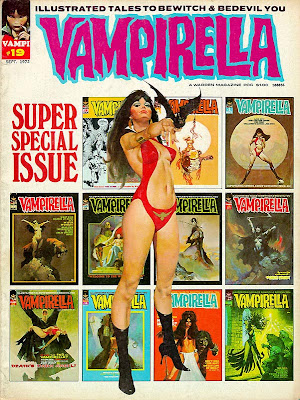 Issue #19 is a winner, solely for the 'collage' type layout showcasing several previous issues' covers. Plus, the image of Vampirella - arm outstretched with a bat - is iconic in its own right.
VAMPIRELLA #18 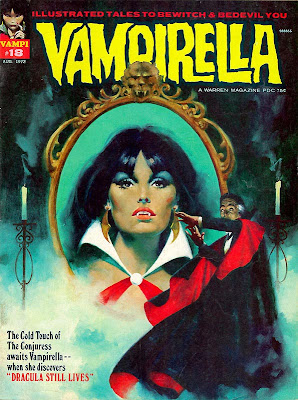 Enrique Torres gives us an eyeful with both Dracula and Vampirella on the same cover. Note the reveal of Vampirella's fangs, an image that isn't often seen on many of her magazine/comic covers.
VAMPIRELLA #16 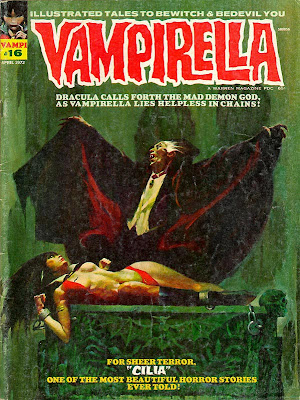 Manuel Sanjulian's artwork features Dracula majestically over a bound Vampirella and, for the most part, is a relatively simple cover, yet so utterly beautiful...
VAMPIRELLA #52 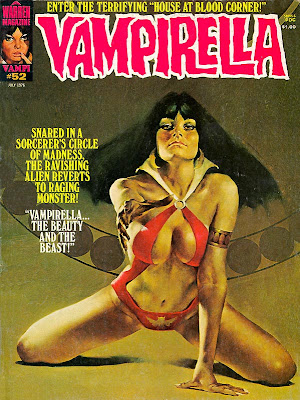 When it comes to painting Vampirella, Enrique Torres never disappoints. If perfection had a name, it would be the cover of Vampirella #52, with the blood-drinking Vampi reaching forward in all her alluring glory.
VAMPIRELLA #46 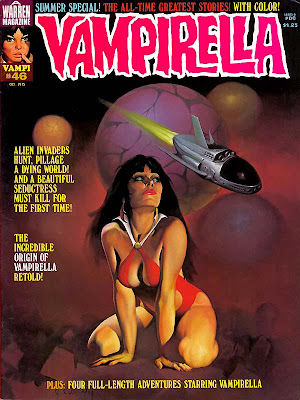 Ken Kelly's name is synonymous with fantasy art, so it shouldn't come as any surprise that his Vampirella covers are top-notch. His work here gets bonus points for featuring a sci-fi theme, after all, Vampirella is an alien from the planet Drakulon.
VAMPIRELLA #12 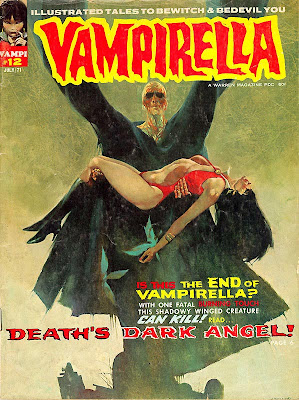 Manuel Sanjulian's first attempt at a Vampirella cover, and a fine one at that.
VAMPIRELLA #34 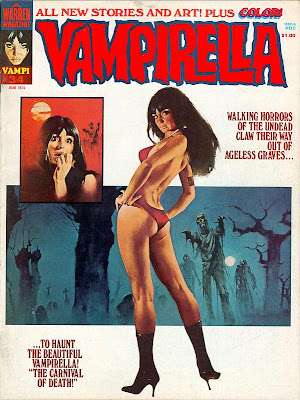 Enrique Torres spellbinds us with a great Vampirella pose, along with a horde of walking dead. Who can say no to that?
VAMPIRELLA #30 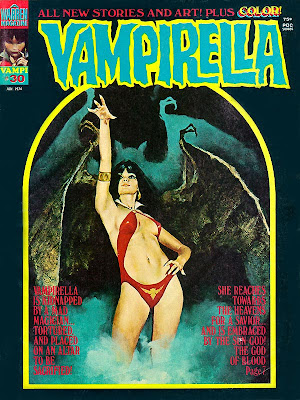 Who could it be but Enrique Torres who captures the essence of Vampi so well with his cover of Vampirella #30. The swirling mist at her knees and impressive bat-like wingspan makes this one worthy of hanging on any collector's wall.
VAMPIRELLA #1 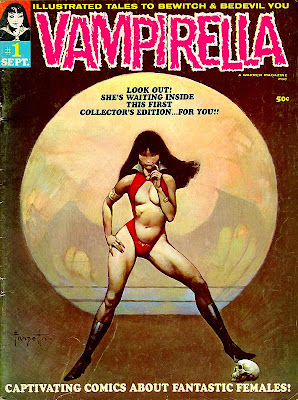 And, of course, Frank Frazetta's work on Vampirella #1 can not be overlooked. The master artist has never inked a bad cover - or a mediocre one for that matter! So needless to say, his Vampirella cover deserves the highest of honors.
Posted by Middle Earth Collectibles at 1:09 AM