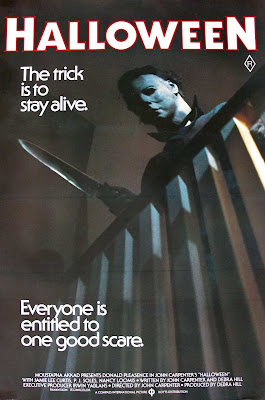 Nowadays studios market their films via commercials, billboards, heinous helpings of marketing tie-ins, and annoying internet pop-up ads. Millions of dollars are spent just to get a person into the theater. Believe it or not, there was a time when a film's movie poster was enough to get people in a theater's seats. For that reason many studios were very creative with their posters - turning them into an art form all their own. When a movie was released internationally the art/style of the poster was typically changed to better suit a foreign audience.
Here we look at some of the amazing posters that John Carpenter's Halloween received when it was released overseas.
BELGIUM 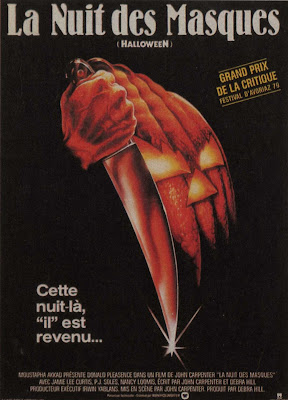 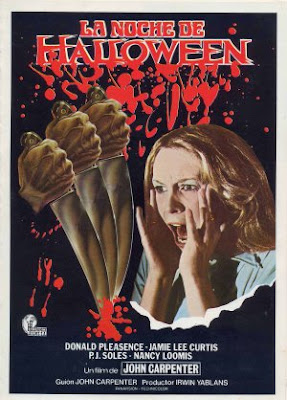 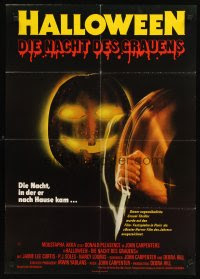 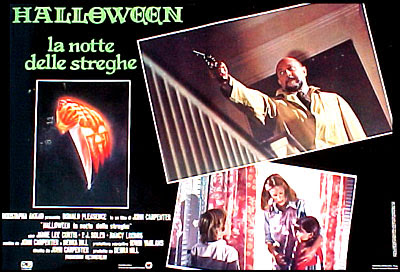 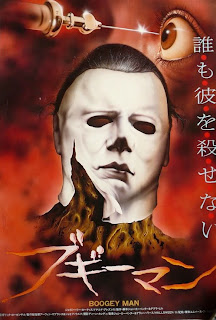 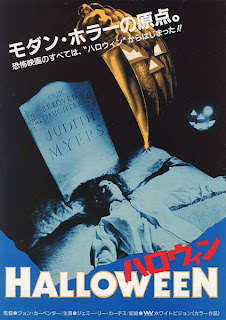