The Greatest Movie Taglines EVER! - Part I

Taglines. They were a one or two sentence pitch as to why you should see the advertised movie. Sometimes these taglines would be reiterated in the trailer or on commercials, but most often they were spread across the movie poster for all to see. Currently it seems that the importance of taglines has fallen to the wayside in Hollywood. A shame, because there were some great ones that have etched themselves into popular culture.

So, lets venture back to a time when a movie poster's taglines had the power to excite you into seeing the film...today we look at some of the greatest movie taglines in horror, sci-fi, and fantasy cinema! 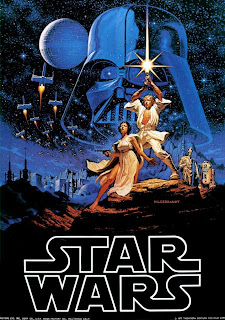 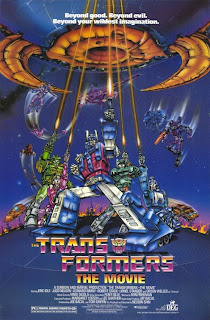 Tagline:
"Beyond Good. Beyond Evil. Beyond Your Wildest Imagination."
Long before Michael Bay was able to land his fingers on any transforming robots, Transformers: The Movie hit theaters in summer of 1986. Of course, the hit saturday morning cartoon already had a strong fanbase (though the film didn't do so well box office-wise) but the film's tagline didn't hurt either - and, most of all, the tagline was true! For Transformers fans, the '86 animated film was beyond their wildest imagination.
DEMONS 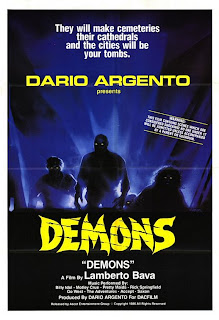 Tagline:
"They Will Make Cemeteries Their Cathedrals And The Cities Will Be Your Tombs."
Produced by horror maestro Dario Argento and directed by Lamberto Bava (son of Mario Bava), Demons features everything a fan of '80s horror films would love. A rockin' soundtrack with the likes of Billy Idol, Motley Crue, Accept, Saxon, and Rick Springfield(!), over-the-top gore and violence, and a samuari-sword wielding hero on a motorcycle. This is one not to be missed. Even better, the tagline is actually said by a character in the film! How many times does that happen?
PRAY FOR DEATH 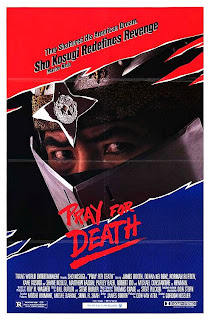 Tagline:
"They Shattered His American Dream."
The poster claims that Sho Kosugi redefines revenge, but what he really redefined was ninja films in the '80s. He was in some of the greatest ninja films of all time, including Enter the Ninja and his masterpiece, Revenge of the Ninja. While Pray For Death is far from Kosugi's best film, it does feature one of the best taglines. The film tells the tale of a modern day ninja leaving Japan to start a new, peaceful life in America with his wife and children. Of course, it wouldn't be a true Golan-Globus film if things didn't go sour for the poor ninja, who finds his American dream to be more akin to a nightmare - as the tagline so aptly implies.
FRIDAY THE 13TH PART VIII: JASON TAKES MANHATTAN 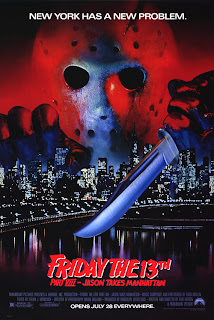 Tagline:
"New York Has A New Problem."
Perhaps one has to have grown up in New York City (especially in the '80s) to really appreciate this. Having done so myself, I can find the genius behind this tagline.
JAWS 2 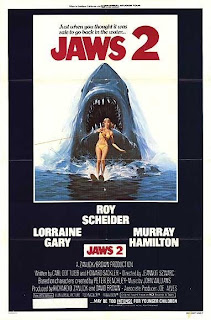 Tagline:
"Just When You Thought It Was Safe To Go Back In The Water..."
It's almost as if they made a sequel just to use this tagline - a tagline, mind you, that has become so popular it's been parodied countless times. Its legacy might even be greater than that of Jaws 2!
SUPERMAN 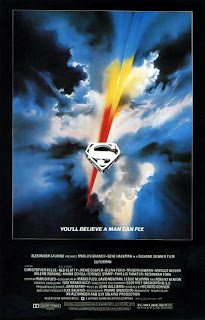 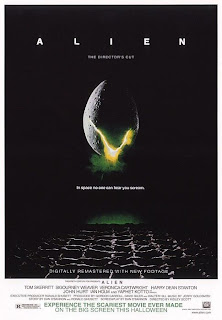 Tagline:
"In Space No One Can Hear You Scream."
Marketing genius happens only so often, but whoever thought up the tagline for Alien should be given an award. It's one of the most well-known and often recited taglines in film history.
STAR WARS: EPISODE I - THE PHANTOM MENACE 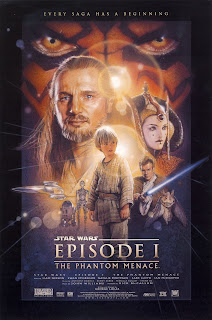 Tagline:
"Every Saga Has A Beginning."
Say what you want about Episode I, before fans seen the film and witnessed the coming of Jar Jar Binks, people were actually going to other movies just to see this film's trailer! Yes, that's right - people were paying full-price admission for other films paired with the Episode I trailer just to see three minutes worth of clips!! And why was that? Because
every saga does have a beginning. This saga just happened to be one of the greatest of all time (before Jar Jar).
STAR TREK II: THE WRATH OF KHAN 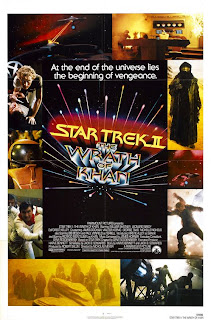 Tagline:
"At The End Of The Universe Lies The Beginning Of Vengeance."
What many consider to be the best of the Star Trek films also has one of the best taglines. It sure trounces the tagline for Star Trek V: The Final Frontier: "Why Are They Putting Seatbelts In Theaters This Summer?" with a poster depicting a movie theater chair with a seatbelt floating through space.
THE MONSTER SQUAD 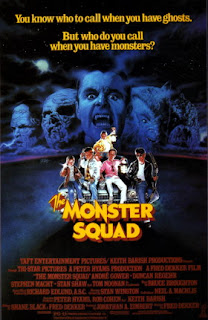 Tagline:
"You Know Who To Call When You Have Ghosts. But Who Do You Call When You Have Monsters?"
Obviously a play off of Ghostbusters, but a clever one at that. It's too bad Fred Dekker's, The Monster Squad didn't perform well at the box office - fortunately it's been developing quite the cult-following within the last decade or so.
Posted by Middle Earth Collectibles at 12:45 PM