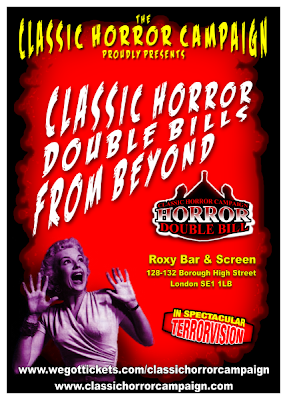 Remember the days when the BBC would screen late-night classic horror double bills and cult science-fiction movie seasons on a regular basis? Well, you can recapture those halcyon days in the comfort of the Roxy Bar and Screen, one of London’s leading boutique cinema venues near London Bridge. Saturday and Sunday afternoons will never be the same again as your hosts Cyberschizoid, Filmbar70 and Dr Karen Oughton guide you through an eclectic selection of classic cult movie screenings over the next few months. 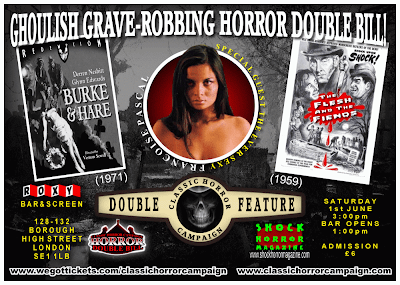 On Saturday June 1st special guest Francoise Pascal (Mind Your Language, The Iron Rose) joins the gang for a unique screening of The Flesh and the Fiends (1959) and Burke and Hare (1971) both based on the true story of the famous Edinburgh grave robbers! 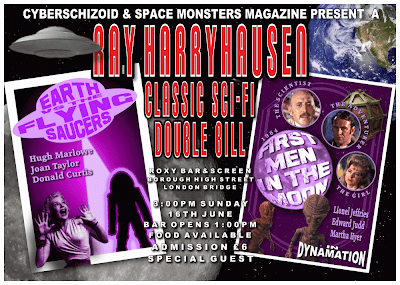 In July we have a Blood-Sucking Vampire Double Bill of Nosferatu (1922) and House of Dark Shadows (1970) as well as a Sexy Space Opera Double Bill featuring Barbarella (1968) and Starcrash (1978).
Later in the year, look forward to a special Peter Cushing double bill, the Scalarama cult film festival, a werewolf triple-bill,The Blob (1958) and The Incredible Melting Man (1977) all sponsored by Shock Horror Magazine!