VHS OF THE WEEK: Batman The Movie 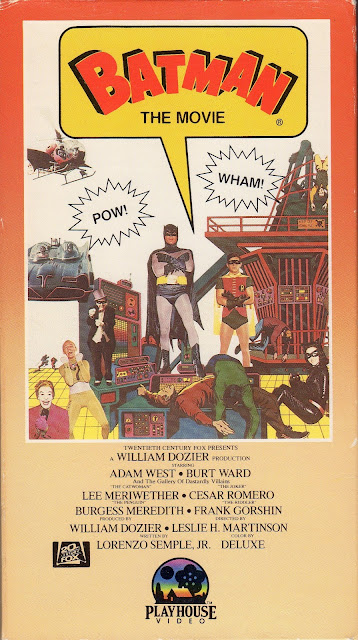 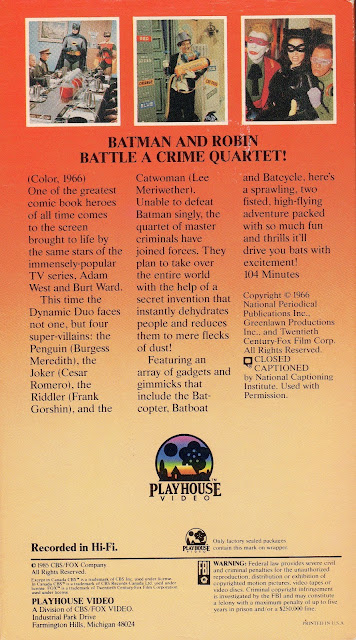 Tim Burton's Batman has the style. Christopher Nolan's Dark Knight has the gritty edge.  Schumacher's Caped Crusader has...a lot of neon.  But who's Batman is the best? Well, that debate can last indefinitely - but without a doubt, the most downright fun Batman has to be the Adam West series and 1966 film! Sure it's played for camp and is exceedingly over-the-top, but who can't find some humor in Batman's Shark Repellent Bat Spray.

The VHS cover alone shows the absolute absurdity of it all - and in what other film will you ever find Batman and Robin taking on not one - but four of their biggest foes: Joker, Penguin, Riddler, and Catwoman!