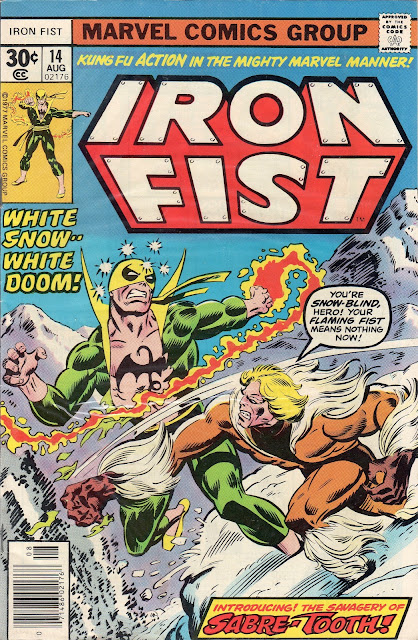 Iron Fist #14 (August 1977) featured the first appearance of Sabretooth. Though the character was later depicted as being a mutant, issue #14 of Iron Fist introduced the villain as a mere serial killer. Sabretooth would go on to become the arch-nemesis of Wolverine (who, ironically, first appeared in The Incredible Hulk #180 in '74).
Posted by Middle Earth Collectibles at 2:49 PM