VHS OF THE WEEK: Speed Racer 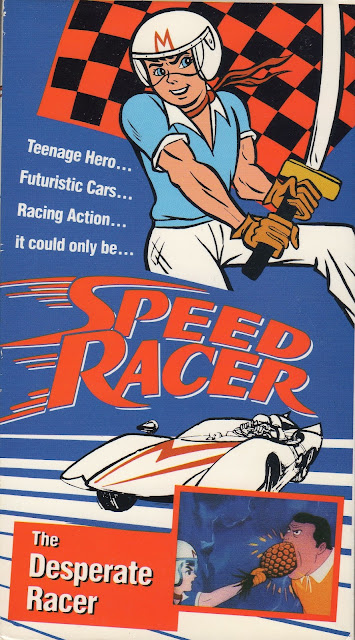 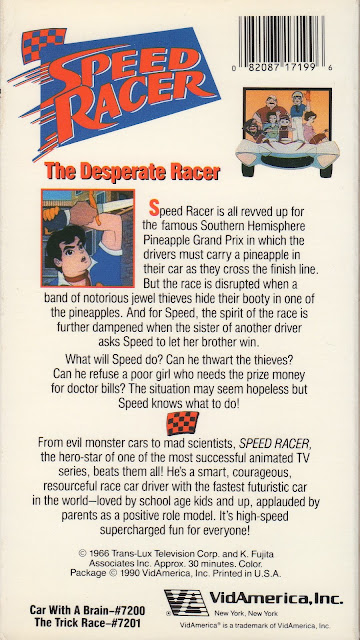 VHS RELEASE DATE: 1990
VidAmerica might be an unfamiliar name today, but during the VHS boom of the late '80s and early '90s they released an assortment of Home Videos ranging from Debbie Reynold's exercise sessions to Horror of the Blood Monsters with John Carradine. Somehow, Speed Racer also fit into their varied selection of titles. A number of episodes ended up being released (a single 30 minute episode per tape), but they ceased production prior to releasing the entire series.
Posted by Middle Earth Collectibles at 2:37 PM