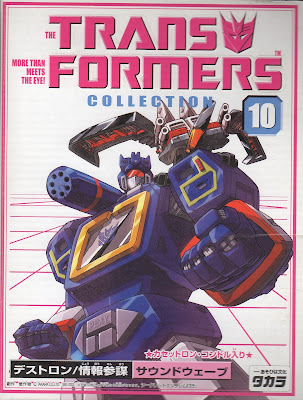 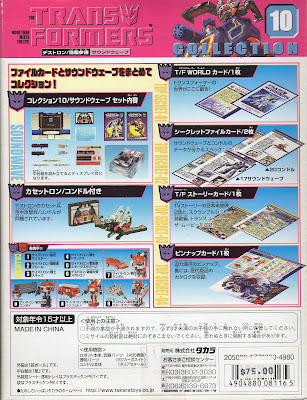 Back in 2003 Takara released Japanese-exclusive reproductions of many popular G1 Transformer figures. Seen above is the box artwork for Soundwave, the Decepticon communications officer. The front panel of the box can be opened via velcro, and Soundwave, along with Laserbeak, can be viewed inside. There's also an informative "book" with artwork about the character and series (written in Japanese) on the inside cover-flap. Soundwave was #10 in Takara's G1 Transformers Collection.
Posted by Middle Earth Collectibles at 2:22 PM