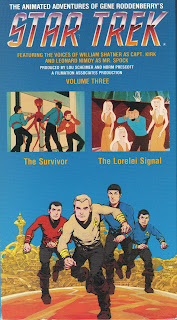 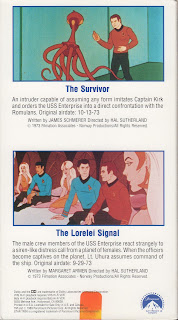 VHS RELEASE DATE: 1995
The mid '90s marked Paramount's Home Video release of the Star Trek animated series to VHS. Each tape contained two 24 minute episodes. After these went out-of-print the series wouldn't be available again for over a decade, until they were re-released as a complete DVD set in 2006.
Posted by Middle Earth Collectibles at 2:24 PM