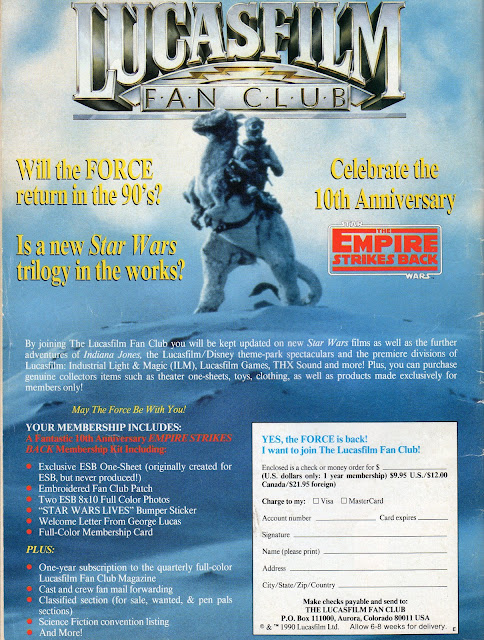 It's strange to look back at the LucasFilm Fan Club advertisement circa 1990, which was then celebrating the 10th anniversary of Empire Strikes Back (2010 marked the 30th anniversary)! It's also odd to think back to a time when there was so much speculation about a 'new' trilogy and that all Star Wars fans were wondering the same thing: "Will the Force return in the '90s?"
Posted by Middle Earth Collectibles at 2:02 PM