VHS OF THE WEEK: Batman and Robin Serial 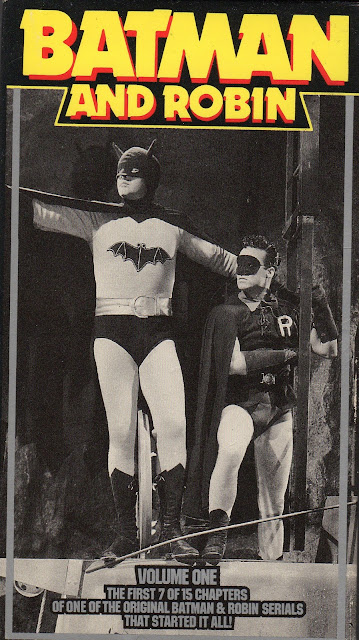 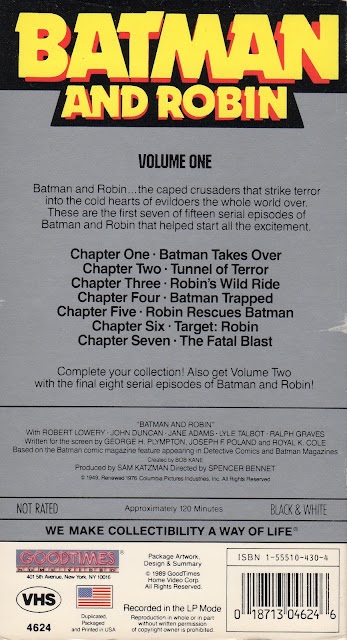 VHS RELEASE DATE: 1989
There were two Batman serials released in the '40s - one in 1943 (simply titled Batman) and another in '49 (Batman and Robin). Though both are valid attempts at the character, the second is largely superior, even including a masked villain known as 'The Wizard.' Goodtimes Home Video released a number of the cliffhanger serials in the late '80s and early '90s, most of which were split into two volumes.
Posted by Middle Earth Collectibles at 2:05 PM