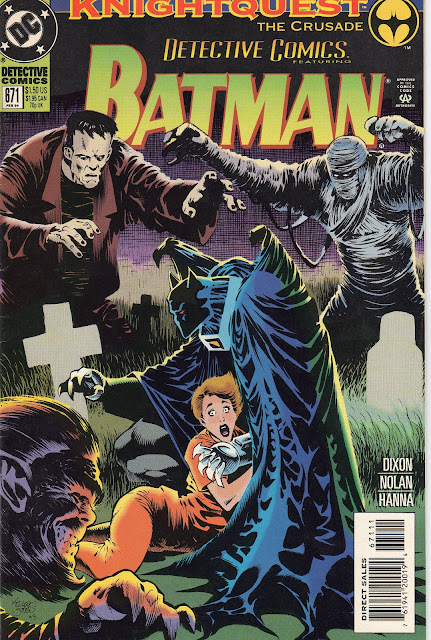 Published in February 1994, Detective Comics #671 featured Batman going up against an assortment of Hollywood monsters. In reality, these "monsters" were just thugs dressed in costume (under the employ of the Joker no less).
Early in the issue Batman takes on look-a-likes of the Phantom of the Opera, Frankenstein's Monster, and the Wolf Man. 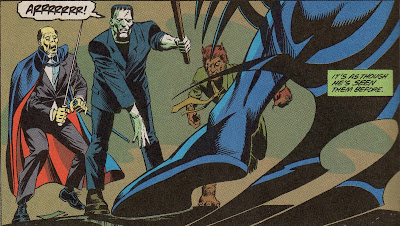 Later on, the Dark Knight confronts a few more costumed henchmen dressed up as a makeshift Robocop and Leatherface. Despite the cover featuring a mummy, there isn't one to be found in this issue.
Being that every comic titled was trying to out-do the previous one in the '90s (death of Superman, Spider-Man's 'clone saga') this Batman story is somewhat disappointing. Bane had recently broken Batman's back in the comic, so the "Batman" seen here is not Bruce Wayne, but a temporary replacement decked out in a high-tech suit.
Posted by Middle Earth Collectibles at 12:08 PM