VHS OF THE WEEK: G.I. JOE: A Real American Hero 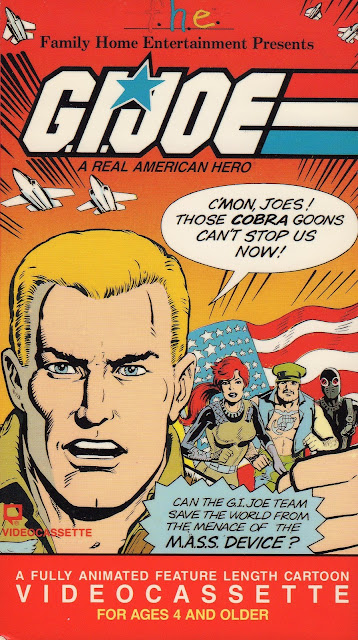 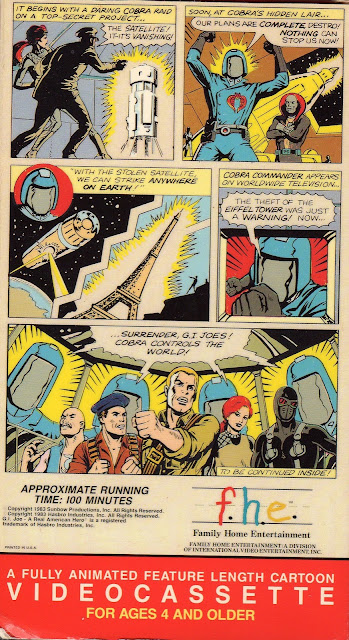 VHS RELEASE DATE: 1987
Family Home Entertainment began releasing G.I. JOE: A Real American Hero on both VHS and BETA in the mid-to-late '80s. Here is the first G.I. JOE video cassette to be released, which edits together the original M.A.S.S. Device five-episode mini-series (effectively serving as the show's pilot) into a 100 minute feature film.
F.H.E. would later release Transformers, Thundercats, and Teenage Mutant Ninja Turtles onto VHS. They did an amazing job on the cover art here, making the back of the box look like a comic book!
Posted by Middle Earth Collectibles at 2:36 PM