VHS OF THE WEEK: Dracula - Sovereign of the Damned 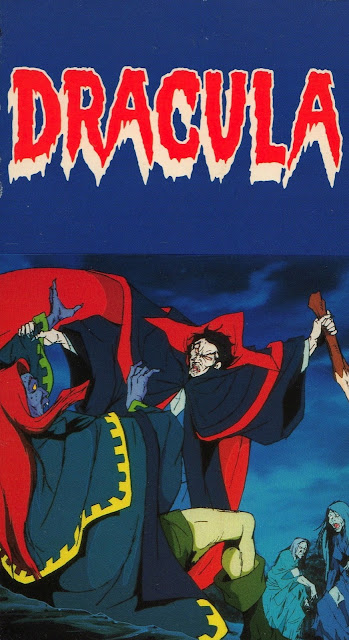 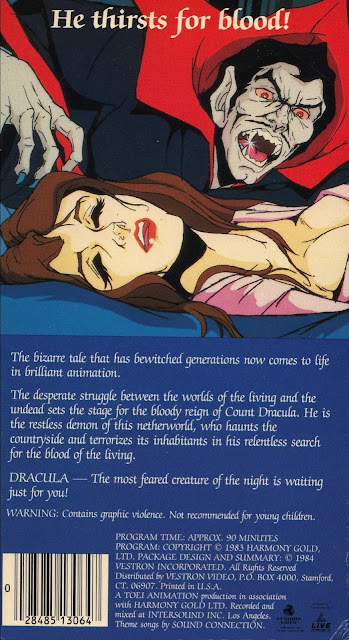 VHS RELEASE DATE: 1992
Based on Marvel's Tomb of Dracula comics from the '70s, Dracula: Sovereign of the Damned is a feature-length animated film that details the exploits of Dracula as he confronts the Devil and a host of his followers. There's a bunch going on in this flick and it certainly has the 'feel' of Marvel's comic. It was co-produced by Japan's Toei Animation and Harmony Gold (the group responsible for releasing Robotech).
To read the full review of Dracula: Sovereign of the Damned, check out Shadowland Magazine #3 - available now!
Posted by Middle Earth Collectibles at 2:26 PM