Movie Rumors from 1990: A Glimpse into the Pit of Development Hell PART IV 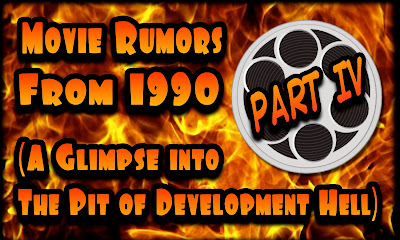 We're continuing our Movie Rumors from 1990 feature with the long-awaited (a week is a long time!) 'Part IV.' What movies were supposedly on the way to theaters 22 years ago? To find the answer to the million dollar question, read on...

Few writers are more vocal in their dislike of comic-to-film translations than Alan Moore. Despite Moore's staunch opposition of Hollywood adapting his work, a number of his most popular stories have since become big-budget spectacles.
This wasn't always the case. At least not until the '80s, when Warner Brothers had started toying with the idea of getting Moore's V for Vendetta on the big screen. By 1990 it was announced that the film was 'in-development.' In hindsight, we now know it wouldn't reach theaters until 2006, shuffling through an assortment of producers, directors, and writers along the way.
For trivia fans, the first of Moore's comics to be turned into a film was From Hell (2001), followed by League of Extraordinary Gentlemen (2003).

Another one of Alan Moore's works to make the rounds in Development Hell was Watchmen. The intention to turn the twelve-issue comic series into a film had originated in 1986 (the year of the comic's publication). By 1990 Sam Hamm (screenwriter of Tim Burton's Batman) had delivered 20th Century Fox a screenplay that completely re-imagined Moore's story.
In '91 Terry Gilliam became involved and had the screenplay rewritten, restoring much of what Hamm had altered. However, Gilliam became disenfranchised with the project after the proper funding couldn't be secured (and due to him eventually coming to believe that Watchmen was "unfilmable").
A decade later David Hayter penned a new draft of the script and Darren Aronofsky was brought in to direct. By '04 Aronofsky was out and Paul Greengrass signed on as director. The tables would turn yet again and, finally, Zack Snyder took on the mantle to film Watchmen, which was released in March 2009. 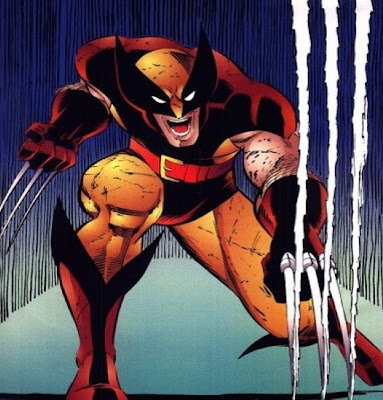 Arguably, the most popular of the X-Men characters, a Wolverine film had been brewing for some time. In 1990 Marvel wanted Glenn Danzig (former lead singer of the Misfits) to play the role. Danzig was unavailable due to touring and the film subsequently fell through.
Over the years, Marvel tried to get Wolverine resurrected and a number of notable actors were considered for the title character, including Edward Norton, Russell Crowe, Mel Gibson, and Keanu Reeves. By the time the X-Men film was ready for production in 2000, Dougray Scott was cast as Wolverine, until being replaced by Hugh Jackman.


To be continued!
Be here next week for our final installment of
Movie Rumors from 1990!
Posted by Middle Earth Collectibles at 2:18 PM