VHS OF THE WEEK: The Invisible Man 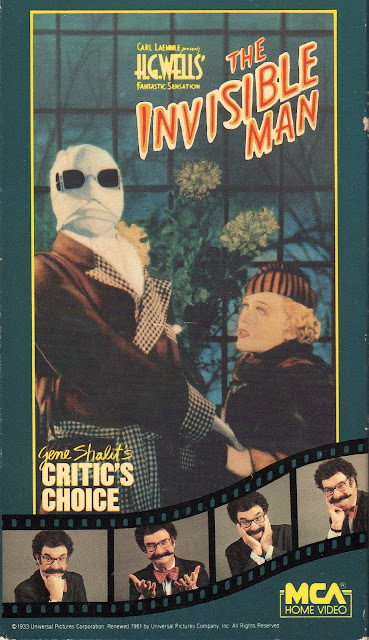 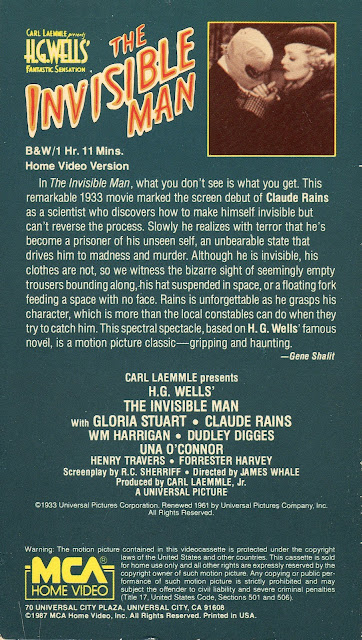 VHS RELEASE DATE: 1991
Back in 1991, The Invisible Man was released on VHS as part of Gene Shalit's 'Critic's Choice' line. The colorized cover is striking and impressive, though it's a wonder why anyone felt it necessary to include images of Shalit with varying facial expressions on a film strip. Universal would later re-release the VHS for their 'Universal Horror' VHS line.
Posted by Middle Earth Collectibles at 3:33 PM