Movie Rumors from 1990: A Glimpse into the Pit of Development Hell 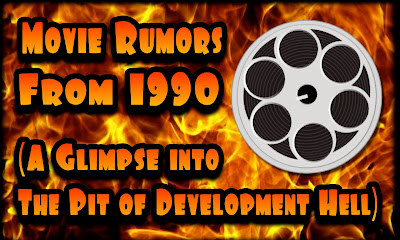 While the Superman films of the late '70s and '80s may have lit the fuse for future superhero franchises, it was 1989's Batman that has to be credited with the explosion of big budget blockbusters to come. The following is a collection of rumors, news bits, and release dates gathered from magazines and miscellaneous articles. Keep in mind that all of these were collected in the summer of 1990. Sad to say, all of them were wrong. 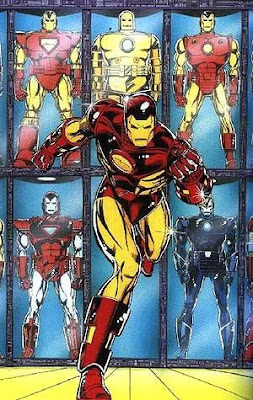 Needless to say, a live-action Iron Man film wasn't released until 2008 - 18 years after it was first announced! Stuart Gordon (Re-Animator) was set to direct, though the film was supposedly going to be a low-budget affair. How you make Iron Man on a low budget is a thought that boggles the mind - but hey, they couldn't make a good Fantastic Four movie with a big budget, so who knows? After Gordon dropped out years passed until both Nicolas Cage and Tom Cruise expressed interest in the role. That never went anywhere either. Most of the scripts that were penned for the film included Iron Man's iconic nemesis, The Mandarin, until Jon Favreau came onboard in '06. The decision to nix the ringed-villain was because the character was too 'unbelievable.' But a guy who flies around in an armored suit with the combined firepower of a small army isn't? 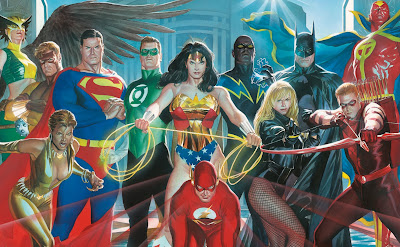 The intention was to get a live-action adaptation of the Justice League off the ground, though considering the miniscule television budgets at the time, maybe it was for the best that this one was cancelled. Fortunately, 1990 did see the release of The Flash TV series, which continues to be a highly underrated show that has managed to hold up with time. By '93 we'd get the Lois and Clark series but a Justice League mini-series was still little more than a fan's dream...well, maybe that isn't completely true. It was more like a fan's nightmare, when one recalls the failed 1997 Justice League TV pilot, which can only be described as the most atrocious comic-to-screen translation ever produced. Watch a sample of it below, if you dare! 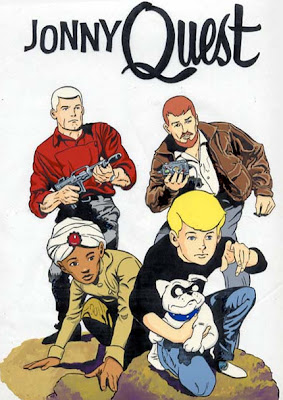 A Jonny Quest film has been making the rounds for years, but nothing ever becomes of it. An updated Jonny Quest cartoon was released in the '90s with cutting edge (at the time) animation, but it paled in comparison to the superior original. It seems that Richard Donner had wanted to direct the live-action film, but plans fell through. The last rumor of the project surfaced in 2009; Zac Efron was said to be in the running to play Jonny Quest while Dwayne 'The Rock' Johnson would take the role of Race Bannon. As far as casting choices go, it didn't seem like a bad gamble, however as we're in 2012 it's probably safe to say Efron is getting too old to portray Quest.
To be continued...
Be back here next week for more Movie Rumors from 1990! Find out what other movies you didn't miss!!
Posted by Middle Earth Collectibles at 2:01 PM