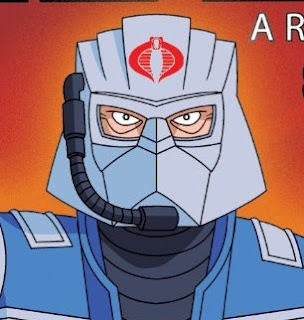 2012 is almost upon us (believe it or not) and now is the time for some reflection and a bold statement: 2011 was one of the best years for retro cartoon fans! How so, you ask? Just look at all of the classic cartoons that have made their way onto DVD within the last twelve months...
FRANKENSTEIN JR. and THE IMPOSSIBLES 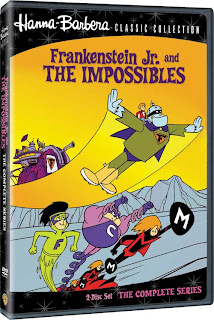 Released under the Hanna-Barbera 'Classic Collection' DVD series on July 8th 2011, this marks the first time this show has become available on the DVD format in a complete form. Get ready for the most '60s style opening ever known...
THE HERCULOIDS 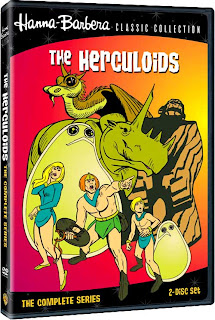 It's been a long time coming to finally see The Herculoids on DVD, though with only a brief documentary as the sole special feature, it's disappointing more wasn't added to compliment a truly remarkable animated series. Released under the Hanna-Barbera label on September 29th 2011.
DRAK PACK 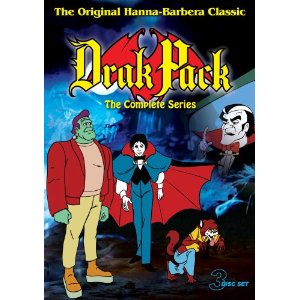 A lesser known Hanna-Barbera cartoon from the early '80s was Drak Pack, which made it's DVD debut on September 9th 2011.
MAD, MAD, MAD MONSTERS 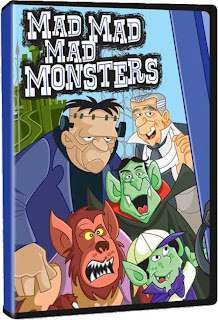 Mad, Mad, Mad Monsters was really a sequel/spin-off of sorts to Rankin-Bass' masterpiece, Mad Monster Party - but done in animated style, as opposed to the wonders of stop-motion. Vivendi Entertainment released this classic treasure onto a low-priced DVD on July 11th, 2011.
TRANSFORMERS: HEADMASTERS 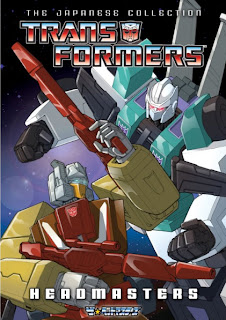 Though the original G1 Transformers series ended in the United States during its fourth season, the series continued on in Japan with the Headmasters. Many Transformers fans doubted that this series would ever get a stateside release, but Shout Factory proved them wrong on July 5th 2011 with a subtitled version of this worthwhile addition to the classic Transformers cartoon.
TEENAGE MUTANT NINJA TURTLES 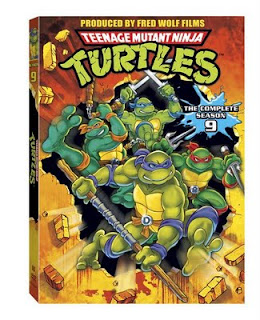 The 9th season of everyone's favorite green teens finally made it out on August 16th 2011. Many fans doubted that any more seasons would be released on DVD (the 8th season was released back in '09). Fortunately, our heroes in a half-shell prevailed.
SWAT KATS: THE RADICAL SQUADRON 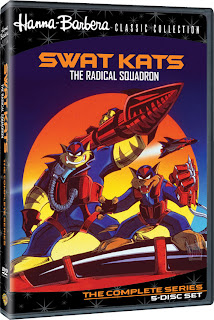 For those who enjoyed the feline exploits of television's most Radical Squadron, it was a delight to find out that the complete series would be released on July 18th, 2011.
M.A.S.K. 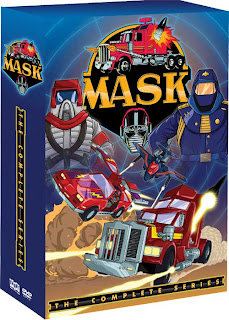 What took so long for M.A.S.K. to make its way onto DVD? We'll never know, but as of August 9th, 2011, this fantastic series from the '80s is available for all to enjoy again and again.
CAPTAIN PLANET AND THE PLANETEERS 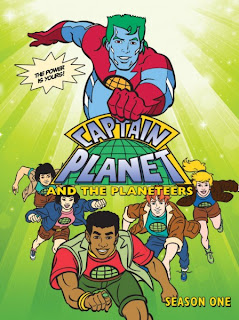 Love him or hate him, Captain Planet finally made his appearance onto DVD thanks to Shout Factory on April 19th, 2011.
CHALLENGE OF THE GOBOTS 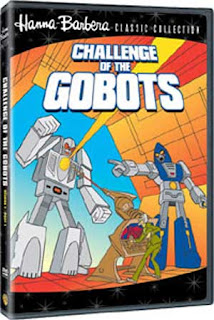 Often considered 'the poor man's Transformers', the original GoBots MiniSeries was given the Hanna-Barbera DVD treatment on August 1st 2011.
CONAN: THE ADVENTURER 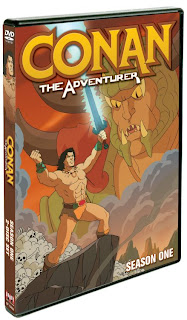 July 26th, 2011 marked the day Conan The Adventurer fought his way onto DVD thanks to Shout Factory's 2-Disc release.
JEM and THE HOLOGRAMS 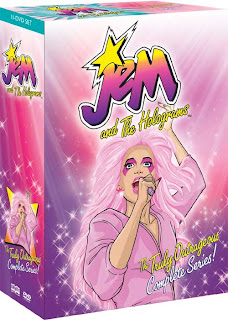 Though JEM and The Holograms was released to DVD by Kid Rhino Video many years ago, it has since gone out-of-print and would fetch a pretty penny on eBay. However, October 11th 2011 ushered in the most truly outrageous cartoon of the '80s back onto DVD.
BEAST WARS 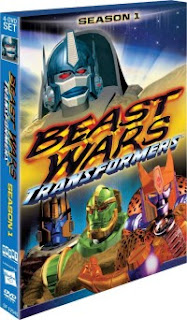 The computer-animated follow-up to the original G1 series, Beast Wars was also originally released on DVD by Kid Rhino way back when. Unfortunately, much like JEM, it had gone out-of-print and became nearly impossible to find. Until Shout Factory came to the rescue on June 7th 2011.
AND MORE TO COME...
While the aforementioned releases deserve praise in their own right, 2011 isn't quite over yet. December 6th will see the release of not one, but two long-awaited shows...
SKELETON WARRIORS 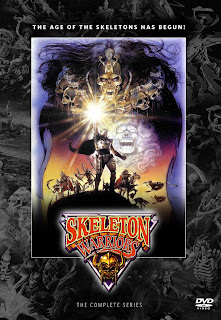 Finally, the complete series of Skeleton Warriors will be arriving on DVD. A criminally underrated show that was way ahead of its time.
CAPTAIN POWER and THE SOLDIERS OF THE FUTURE 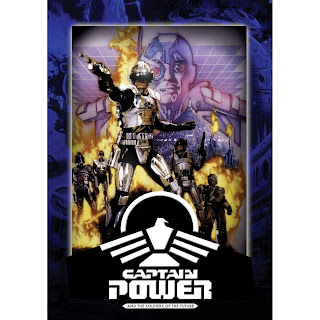 Captain Power mixed live-action with some of the earliest uses of CGI and, like Skeleton Warriors, proved to be years ahead of its time (something that lead to the downfall of both shows).
AND...
Though no exact release date has yet been announced at the time of this writing, Volume 2 of Silverhawks is set to be released. Volume 1 made it out on DVD back in '08 and no word on any further releases were known. Now, it looks like Volume 2 will be arriving soon. 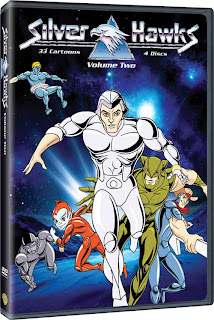 2012:
One can only hope that 2012 will bring in its own share of notable releases...it's already certain that the DIC series of G.I. Joe will be heading onto DVD on January 10th 2012  - so, perhaps, that bodes well for an eventful year of retro cartoons. 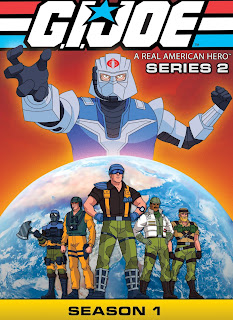