Back in 1987 Fred Dekker directed The Monster Squad, a film that should be viewed by every horror fan who used to read Famous Monsters of Filmland or ever enjoyed one of the Lugosi, Chaney, & Karloff classics. For those who haven’t seen The Monster Squad, it’s best described as The Goonies meet the classic Universal Monsters. That alone should have guaranteed it a hefty box-office return. Sadly, it came at a time when the old horror icons were pushed aside in favor of the 80's slashers who, in their own right, had become less of movie maniacs and more akin to comic supervillians. And worst of all - like every one of Dekker’s directorial efforts, The Monster Squad was a financial flop.


The Monster Squad was a monster fan’s dream come true – combining the onscreen might of Dracula, the Wolf Man, the Mummy, the Creature from the Black Lagoon, and Frankenstein in one film was something that even the old House of Frankenstein and House of Dracula films could never accomplish. Plus, despite the cast being populated by kids, the film never turned tongue-in-cheek or parodied itself. Each of the monsters were given ample screen time and their images were untarnished. 2004’s Van Helsing, while an entertaining movie, didn’t give it’s monsters as much character development and reverence as Dekker did in his 1987 outing. 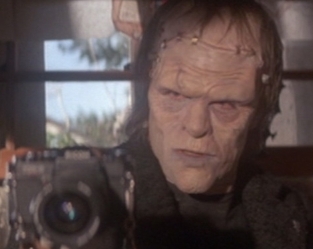 In the years that followed, The Monster Squad built up a decent cult-following. Though for the longest time it was out-of-print, sending fans flocking to eBay to find old VHS and laserdisc copies. Fortunately, a few years ago it received the respect it deserved with a 2-disc DVD release and later made the journey onto Blu-Ray.
Marketing a film like The Monster Squad must have been difficult – and may be the reason for its less than stellar box-office performance. Maybe at the time potential audiences were unsure who the movies was really geared to? Kids or adults? It’s a shame, because for horror fans, this was a film that was, and to an extent, still is criminally underrated. As is Dekker’s 1986 effort, Night Of The Creeps, which finally received a DVD/Blu-Ray release a couple years ago.
As fate would have it, both Night Of The Creeps and The Monster Squad did little to boost Dekker’s career, and Robocop 3 served as the final nail in his directorial coffin.
Now, fast-forward to 1994. A new show is tossed into the Saturday Morning lineup: Monster Force. As a kid, being a devoted fan of Dekker’s The Monster Squad (which I frequently enjoyed re-watching again-and-again on laserdisc) the similarities between the cartoon and film were strikingly apparent.
Both film and cartoon followed a group of teenagers who square-off against classic Universal Monsters that threaten humanity. In addition, both feature the same principal cast of monster: Dracula (who serves as the central evil force to unite the monsters and destroy mankind), the Wolf Man, the Mummy, and the Creature from the Black Lagoon. Even Dracula’s trio of brides appear in both!
One of the most transparent similarities between The Monster Squad and Monster Force is the use of the Frankenstein monster – who willingly sides with the kids to take on Dracula. Both the film and the cartoon also feature the Van Helsing character, though in different respects.
In the film, the kids are able to take on the monsters due solely to their knowledge of monster movies, while, in the cartoon, the kids have a wide assortment of high-tech weapons and armored power-suits to level the playing field.
Like The Monster Squad, the short-lived Monster Force found little success, lasting only one season for a total of 13 episodes. It also produced a limited action-figure run but, that too, was soon relegated to obscurity.
It’s a shame, because Monster Force, like The Monster Squad, was a true homage to the Universal Studios’ monster films. The episode, Stalking the Beast, focuses on the Wolf Man and partially retells some of the classic 1941 Wolf Man film in animated form. The Return of the Creature from the Black Lagoon episode is equally well-done. Ironically enough, the Dracula episodes always seemed to lack the most flair. Of particular note are the Mummy episodes, such as He Walks Again, which portrays Imhotep’s fateful awakening and partnership with Dracula. This Mummy is less like the Karloff interpretation and far closer to the all-powerful Stephen Sommers’ Mummy that appeared in his 1999 blockbuster. Both can control the sands and have an array of supernatural powers, which raises the question, was Sommers a fan of Monster Force? It’s too much of a coincidence.
Posted by Middle Earth Collectibles at 11:57 PM