The Art of Movie Posters: Then & Now: Part I 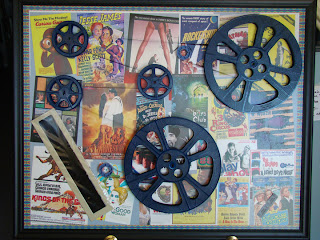 Today, more so than ever before, it seems as though Hollywood is fresh out of new ideas. Instead, the current trend is to resort to the likes of sequels, remakes, reboots, and spin offs. While many of these new efforts leave much to be desired, one forgotten victim of today's films is the lost art of the movie poster. Movie posters used to make you want to see the film it promoted, however, nowadays it looks as though the posters for current films were hastily photoshopped hack-jobs. Movie studios spend more money than ever on promoting their films, so why can't they put the effort in for a decent poster. Today we examine the posters of yesteryear with the posters of today.

THEN & NOW: KING KONG
Only one poster is truly the Eight Wonder of the World
COMPARISON:
In 1933 King Kong revolutionized special effects and proved to be a monumental piece of film history. In 2005 Peter Jackson was able to do the original justice with his remake, despite somehow tacking on a three hour running time. However, the movie poster for Jackson's new Kong is a different matter entirely. The original poster featured spectacular artwork of King Kong atop the Empire State Building, holding Fay Wray while in the midst of a life-and-death struggle with a squadron of airplanes - and crushing one of said planes in his mighty grip. The new poster? King Kong's CGI face.
WINNER:
1933 poster.
THEN & NOW:  THE WICKER MAN
The shadow of the Wicker Man falls on one of these posters...
COMPARISON:
1973's The Wicker Man was an eerie film seeping with atmosphere, suspense, and a masterful performance by the legendary Christopher Lee. In fact, Lee stated that it was best film he's ever been involved with and describes it as one of the three or four greatest movies ever made in Britain. Furthermore, The Wicker Man has been praised by fans as the Citizen Kane of horror films, and with good reason.
So what did the 2006 remake offer? Simple. Moviegoers received a film where Nicolas Cage was attacked by bees.
As for the posters, the original actually features the startling figure of the Wicker Man and some great taglines, such as "Flesh to touch...flesh to burn...don't keep the Wicker Man waiting!" The 2006 version features Nicolas Cage's eyes with some creepy little girl. Um, where's the Wicker Man?
WINNER:
1973 poster.
THEN & NOW: STAR TREK
Will the '79 or '09 poster boldly go where no poster has gone before?
COMPARISON:
In 1979, Star Trek: The Motion Picture brought new life into the Star Trek franchise, much in the same way that J.J. Abrams' 2009 Star Trek reboot/prequel/sequel revitalized the adventures of Captain Kirk and the starship Enterprise. The posters, on the other hand are night and day. The 1979 poster is a work of art, with vibrant colors against the backdrop of outer space and Kirk, Spock, and Ilia featured above the Enterprise. The new poster has a blurred out Enterprise in a dismal colorless background with the tagline: "The Future Begins". Even the tagline lacks any flare. The original poster's tagline states it best: "There Is No Comparison".
WINNER:
1979 poster.
THEN & NOW: THE WOLF MAN
One poster is worth howling about...
COMPARISON:
The original poster features a colorful painting, while the 2010 version is a photoshop job. Yet, when compared to the other Universal Monsters posters of the '30s and '40s, the 1941 Wolf Man poster is clearly lacking, not to mention that the overuse of blue makes it appear as if the poster was rushed or not fully completed. And why are the Wolf Man's lips so red? In the 2010 poster, the Wolf Man is barely seen, which gives the title character more mystery. It's more simple, but in this case, simple works.
WINNER:
2010 poster.
THEN & NOW: JAMES BOND
Which one is worthy of Bond, James Bond?
COMPARISON:
Sure, technically, Casino Royale isn't a remake, but it is a reboot/prequel of sorts. As for the posters? Dr. No is a spectacle featuring various females from the film, a slick looking Sean Connery, and a tag line promoting "the most extraordinary gentleman spy in all fiction". The new one is dull in comparison, featuring Bond sitting at a poker table with some chips and a gun.
WINNER:
1962 poster.
THEN & NOW: CONAN THE BARBARIAN
Which one will be worthy of Crom?!
COMPARISON:
The original features artwork reminiscent of Frank Frazetta, though not actually painted by him. Still, the painted 1982 version captures the spirit of the character in all his glory. The 2011 poster, featuring Conan atop a mountain of skulls is also reminiscent of Frazetta's work. Also, note the shadows over Conan's face on the 2011 poster - a detail that featured heavily in many of Frazetta's own Conan paintings.
WINNER:
Too close to call. Tie.
Posted by Middle Earth Collectibles at 1:12 PM